•    These are revised and renamed editions of the e-tron and the e-tron Sportback, respectively.

•    Audi is touting a big increase in range for the EVs. Exact North American figures are still to be announced.

The new designations being the models in line with the brand’s current and future naming strategies for its growing number of EVs, such as the Q4 e-tron coming soon. 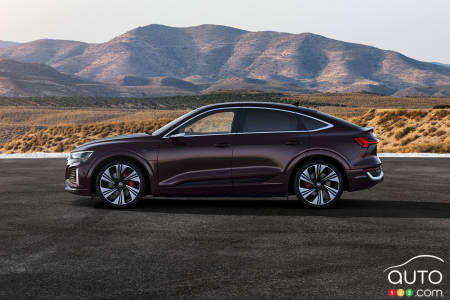 Names are one thing, but more relevant are the changes Audi has made to the all-electric models. The biggest of those involves range, which climbs significantly. We don’t have precise figures for North America yet, but for Europe the numbers are: up to 582 km for the ‘regular’ SUV, depending on the configuration chosen, and 600 km for the Sportback version. From those, we can extrapolate roughly 520-530 km and 530-550 km, respectively, in Canada.

The improvement is due to a few different changes, but most notably, the size of the battery pack grows from 95 kWh (usable) to 114 kWh. Audi also credits improved aerodynamics from the revised front end and new wheel spoilers, and a new rear motor.

Charging capacity is improved, thanks to charging capacity that increases from 150 kW to 170 kW. Owners can charge the Q8 e-tron from 10 to 80 percent in 31 minutes on a Level 3 DC charger. 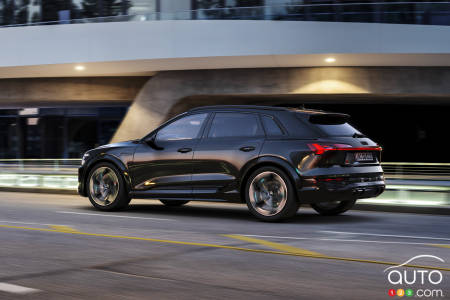 Though we don’t yet know the exact trims and configurations that will be offered in Canada, the top model to be offered in the U.S. will feature three motors (two in the rear) and generate an output of 496 hp and 718 lb-ft of torque (which is the same as before, though it will be produced more efficiently). The base model will feature two motors and produce an output of 402 hp (in boost mode) and 490 lb-ft of torque.

The refresh of the models includes the integration of revised air suspension, with adjustments to the control systems and air spring tuning delivering improvements across the board, according to Audi. The  stability control system has been revised for improved handling, particularly when cornering, and the steering system has been tweaked with a new gear ratio for improved responsiveness and feedback. 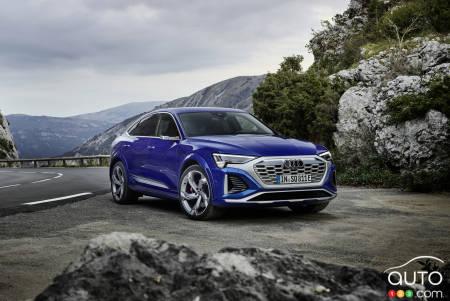 Audi has also given the models styling updates, of course, with a new front bumper and new grille leading the way. The latter features a light bar and serves to bring the model closer in appearance to the Q4 and the e-tron GT. Designers debut new Audi lettering on the B pillar as well; it will migrate to all future Audi EVs.

The 2024 Audi Q8 e-tron and 2024 Audi Q8 Sportback e-tron will debut other new technologies such as remote park assist.

Audi plans to start production of the two models in February 2023, with North American availability set for the beginning of May. 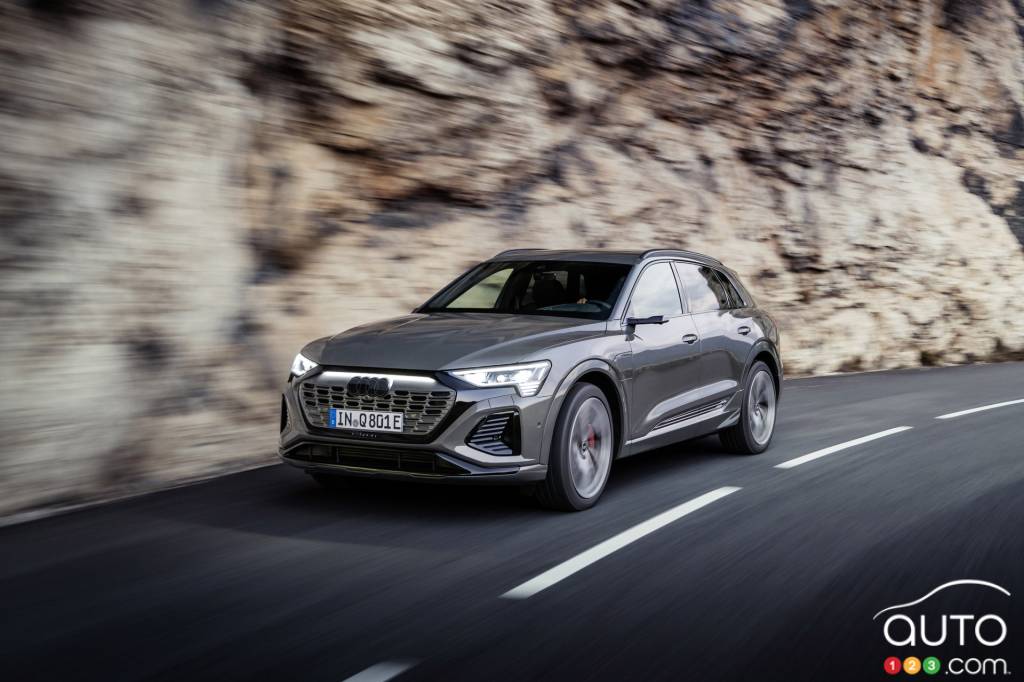 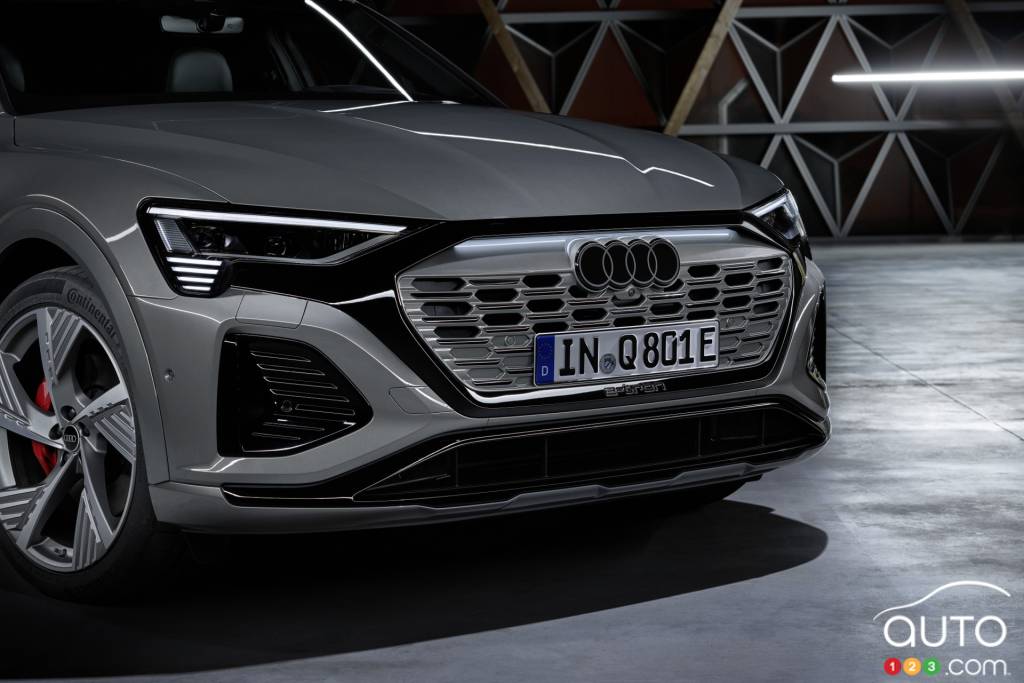 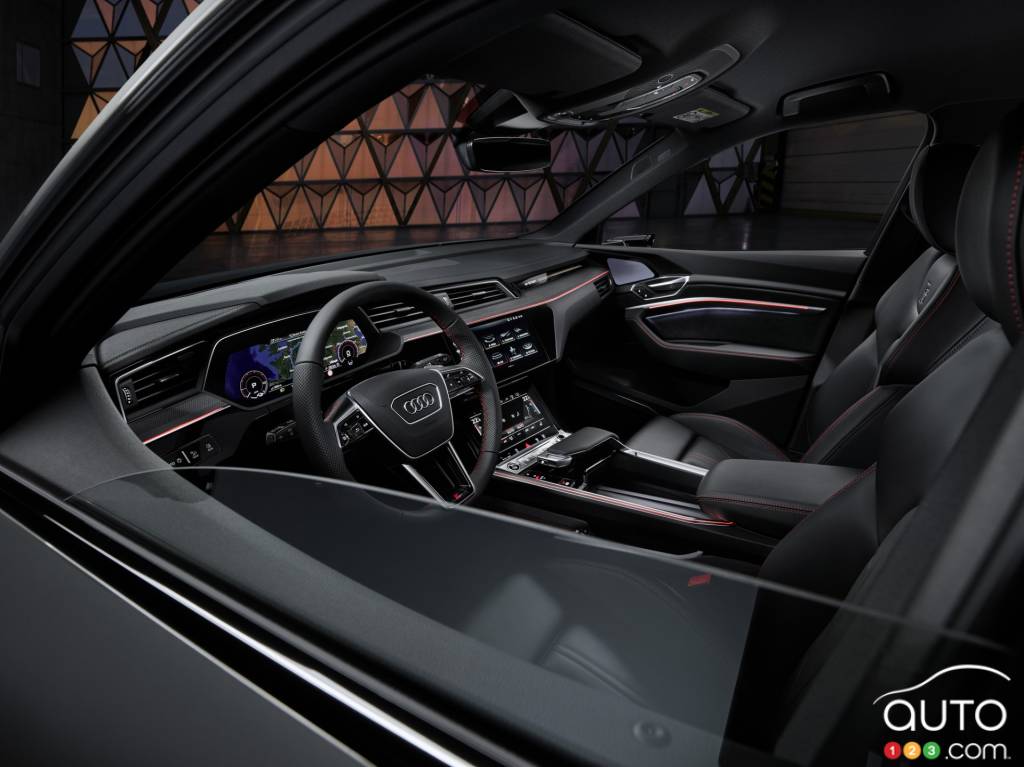 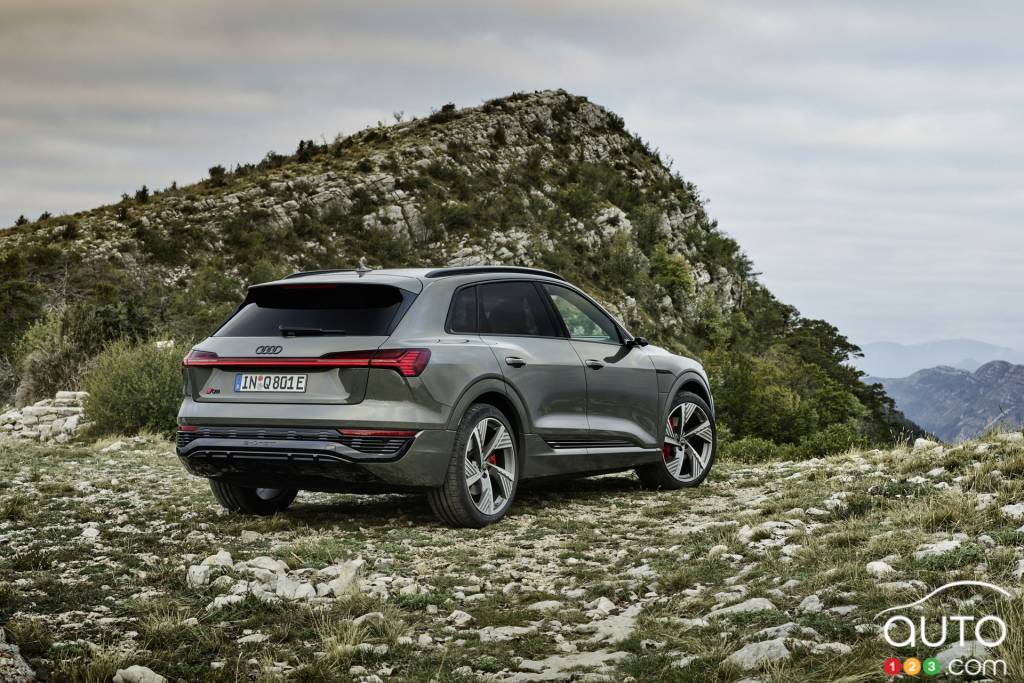 Genesis has introduced the all-electric version of its GV70 model. It will officially debut in the flesh at the Los Angeles Auto Show next week.