The Beijing Motor Show is in full swing, and while most of the vehicles being paraded at the event are destined for the Chinese or Asian markets, some of what’s being shown is of interest to us and to North American consumers, for a variety of different reasons. A case in point, the new Audi Q5L, a longer-wheelbase version of the German automaker’s Q5 SUV. The aptly named new model joins the Audi roster for Asia alongside the A4L, the A6L and the A8L.

You can gather from this that, yes indeed, elongated models are all the rage in that part of the world, and Audi is just one of several manufacturers responding to demand. INFINITI, for example, offers stretched versions of its Q50 and Q70 sedans. 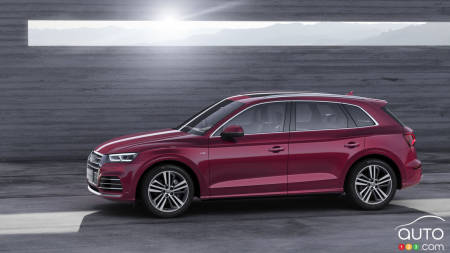 In the case of the Q5L, the formula is a simple one: the wheelbase and the chassis have been elongated by 88 mm, which translates into a 110-mm gain for the legs of rear-row occupants. At the same time, cargo capacity remains unchanged (550 litres or 1,550 litres, depending on the rear seats being up or folded down).

Another area where the Q5L differs substantially from its “regular” sibling, is in the content provided inside. Once you move beyond the entry-level trim, all versions get the MMI navigation and infotainment system as well as Audi’s virtual cockpit. Climb another step up the model’s trim ladder, and buyer also gets a Bang & Olufsen audio system with 3D sound. 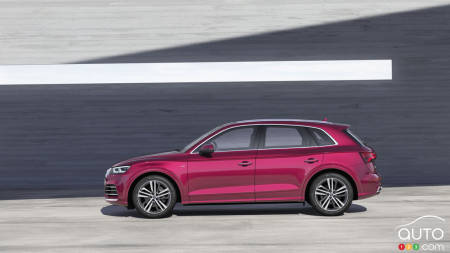 As mentioned, this model will not be rolling on any North American asphalt. But is it possible that what we’re looking at could eventually show up here, slightly modified and answering to the Q6 name?

It’s an intriguing prospect and worth keeping an eye, especially since the Q5L marks the beginning of Audi’s ambitious project to create 10 new SUV models by 2022. A good number of them will be electrified in some form or other.

The company is saying that it hopes to increase sales in China from 660,000 to 1.3 million units annually.

And to think that as recently as January 2008, Audi was proudly announcing that it was aiming to sell 1 million cars… in all global markets combined.
That’s some progress. 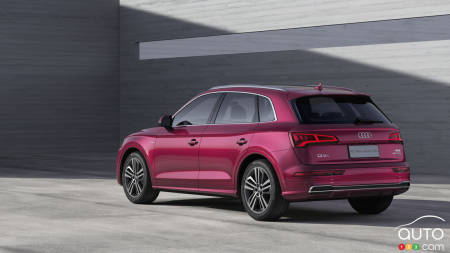 Audi has confirmed it will soon be debuting plug-in hybrid versions of its A6, A7 and A8 sedans and Q5 SUV. The systems to be introduced appear at first glan...