With the introduction in certain markets (though not North America) of Mercedes-Benz’ X-Class luxury pickup, the main rivals of the Silver Star manufacturer surely went through some strategizing of their own regarding an Audi or BMW luxury truck.

"I'm the bad guy. I see no evidence that we can ever do a good proposition."

Those in favour of producing a BMW pickup are sure it would do very well in certain markets like Australia or some European countries, for example Norway. Even in North America, such a model could attract considerable interest. On a global scale, however, it simply does not have the potential that would make it feasible to develop it and ensure profitable, in the view of Klaus Frohlich.

"Every business case we did so far, it was by far not relevant. For us, the market segment is too small, because we are at the higher price level for pickups. The premium side of that market is extremely small." 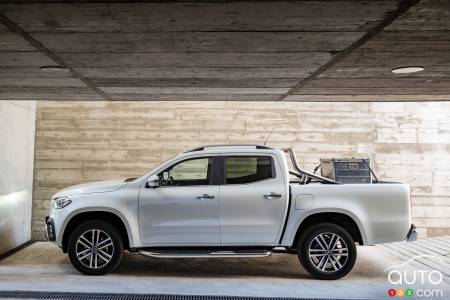 BMW could of course benefit from its partnership with Totoya to introduce its own version of the Hilux, but Frolich reiterated that the company had no interest in taking a model borrowed from someone else and slapping a BMW logo on it. He added that a true pickup had to be built on a ladder frame, which BMW does not currently have in its arsenal. And developing one would be prohibitively expensive.

Over at Audi, meanwhile: rumours that the company was planning to produce a pickup based on Volkswagen’s Amarok have subsided.

All of which leaves Mercedes-Benz with sole possession of this brand-new segment.

Now, if sales of the X-Class were to take off, the automaker’s competitors may revisit their decision.

As we mentioned, the Mercedes-Benz offering is not currently offered in North America; but if it does do well elsewhere, it’s likely to make its way across the Atlantic to our market, where pickups rule after all. 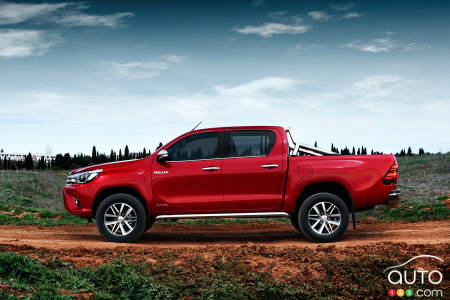 BMW Shows Off a Pickup Version of New X7 SUV

BMW has shown a pickup version of its new X7 SUV. Don’t get your hopes up, however – the company got apprentices at its vocational training centre to design ...

2020 BMW 228i xDrive Review: In Pursuit of Audi and Mercedes

The most cherished quality associated with BMW, driving pleasure, is still plenty in evidence in the 2020 BMW 228i xDrive, but here it’s got a special flavou...