At this past week’s 2018 New York International Auto Show, the updated 2019 Mazda CX-3 made its public debut in a world premiere, but amid all the splashy new models its launch passed a little bit under the radar. The reason is simple: the new edition is more of a mid-generation update than a whole new iteration. Those with a keen eye will notice that the grille has been retouches and now sports four horizontal bands instead of the previous seven, making for a less-cluttered look. The front spoiler gets chrome accents, which continue along the sides. The B and C pillars get black trim, as do the anti-fog lights. Mazda has also redesigned the front headlights and the taillights.

Underneath it all, 18-inch wheels add a final exclamation mark to the 2019 CX-3 on display in NYC.

Under the hood, the 2L 4-cylinder SKYACTIV engine gains two horses and two lb-ft of torque, bringing both up to 148. While these likely won’t be noticeable to drivers, what will be is the inclusion of Mazda’s G-Vectoring Control system. This technology manages the distribution of torque to favour optimal front-wheel road grip when cornering and in other more extreme situations.

You might not notice the system at work, but you will feel it; its effect on road handling is notable. And it represents the single biggest change made to the 2019 edition of the CX-3. 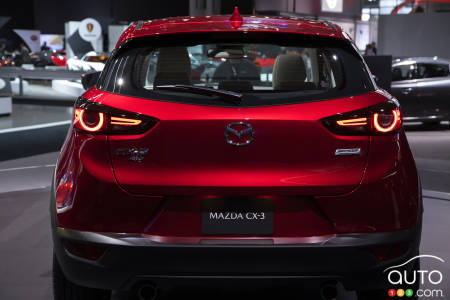 On board, the presence of larger new seats offering more support will be a sure winner among consumers. For the first time, leather appears on the list of available options, at least for the higher-end trims. Also making its debut is a new central console featuring a storage space and armrest, its inclusion made possible by the integration of an electronic parking brake.

Further back in the cabin, rear passengers get their own small central console, complete with cup holders. Mazda is also promising this cabin will offer a quieter ride thanks to the presence of thicker canopy, rear window and door panels.

The updated 2019 edition of the Mazda CX-3 will go to market later on this year. We’ll be keeping you posted on launch date and on pricing. 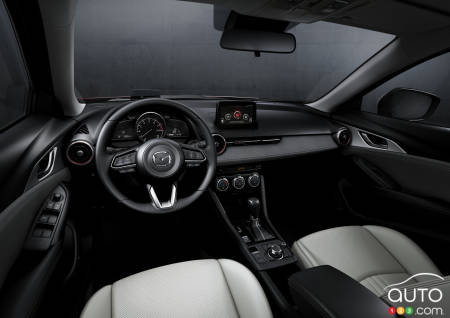 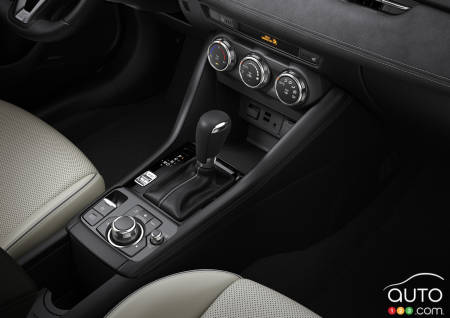 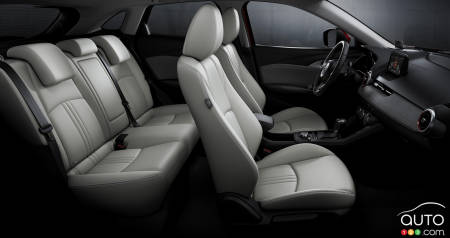 The 2019 Mazda CX-5 Signature has undeniable qualities and it’s not outrageous to speak of it in the same breath as the base-model compact SUVs on offer from...