Subaru has issued two separate recalls affecting some 33,000 of its vehicles sold in Canada.

The larger of the two recalls identifies the following models: 2013 BRZ, 2013 Crosstrek and 2012-2014 Impreza. Possible fracturing of engine valve springs could lead to engine failure and/or an inability to restart the engine. A total of 19,164 models are affected; dealers will replace the potentially defective valve springs in these vehicles.

Scion FR-S also affected
Owners of the 2013 Scion FR-S model, which shares the same 2.0L 4-cylinder engine as the BRZ, should be aware that the problem affects their car as well. They are advised to contact Toyota Canada regarding any recall. 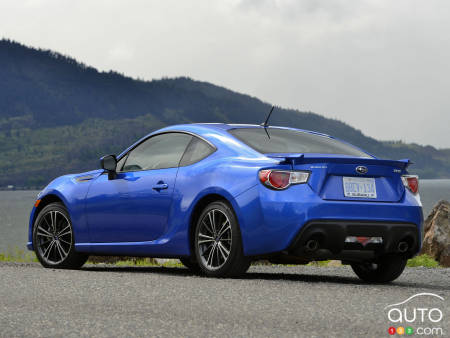 The second recall affects 14,160 units of the following models: 2018 Legacy and 2018 Outback. In this case, a possible defect with dashboard’s low-fuel indicator could cause it to fail to light up when it should, at the same time that the digital range indicator continues to show available kilometres left when the fuel tank is actually empty.

The recall specifies that the indicator does eventually light up, but the range indicator problem may result in motorists driving too long before filling up and thus finding themselves stranded on the side of the road.

A software update should resolve the problem, but Subaru is recommending that motorists should make sure to keep their fuel tank relatively full until they visit their dealership.

Articles By
Derek Boshouwers
Mini Will Produce a Next-Gen Convertible… in ...
Article
The Ford Explorer Timberline Edition: For Tho...
Article
2022 Kia Carnival Review: Not Your Parents’ M...
Review
More from this author