Any discussion of Tesla inevitably turns to the question of its production capacity. The company has been infamously slow to deliver on the many pre-orders for its models; between Elon Musk’s promises and the reality on the ground often lies a gaping chasm.

For this and other reasons, likely to do with its insistence on innovation and possibly its willingness to step on industry toes, Tesla’s position is a sometimes stormy one in the marketplace. From March 2016, when consumers were first given the green light to place their $1,000 pre-orders for the Model 3, to today, the road has been a bumpy one for the company and the model. Delays stretched on, and doubts were raised regarding quality of construction.

This week brought another mixed bag of good and not-so-good news. On the one hand, the company announced it had attained a target of producing over 2,000 units of the Model 3 in a single week (in all, Tesla churns out 4,000 units per week, counting the Model 3, Model S and Model X). On the other hand, the automaker also confirmed it will not meet the Q1 2018 production target it had set for the popular model.

"It has been extremely difficult to pass the 2,000 cars per week rate for Model 3, but we are finally there."

- Elon Musk, Tesla CEO, in an email to Tesla employees

The visionary entrepreneur expressed confidence in the Freemont factory’s ability to surpass this weekly production number on a continual basis, suggesting that the number may have been attained thanks to one particularly exceptional day, which could be repeated and thus increase the rate of production.

The company has set a next objective to attain 2,500 units produced per week. 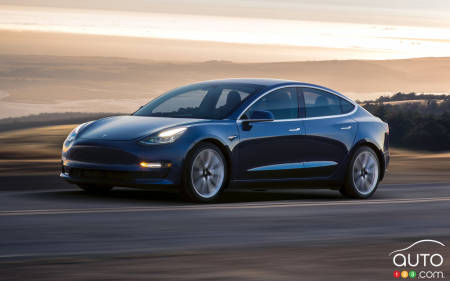