Volkswagen has unveiled the latest in its series of ID-badged electric-powered concept vehicles at the Geneva Motor Show. Drawing inspiration from the classic 1960s-era dune buggies, the ID. BUGGY serves to illustrate the versatility of the modular electric drive matrix (MEB).

That MEB chassis integrates a 62kWh lithium-ion battery into the vehicle’s floor and a 201-hp electric motor in the rear to give it an estimated range of 250 km (on the WLTP cycle). The ID. BUGGY is tripped of doors and roof and features a minimalistic design to make it a true classic beach cruiser in the classic mold.

Volkswagen refers to the versatility inherent in the design of its old 60s-era buggies in its thought process behind the new ID. BUGGY. While the ID. BUGGY concept car is a pure 2-seater; it can also be converted to a 2+2-seater and an additional electric motor could be added to the front axle in order to make four-wheel drive possible.

As well, the concept’s modular design allows for the composite upper body to be detached from the MEB chassis, opening up a ton of possibilities for third-party manufacturers, as the original Meyers Manx kit did for the first buggies. 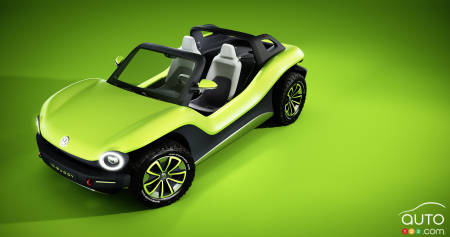 Outside
Grille-less (like the Beetle and VW bus of old), the ID. BUGGY gets a raised hood, fenders and tail end, as well as 3D oval LED headlights and taillights, an lit-up VW logo and a body that seems to float above the chassis. The top half of the concept is painted in matte Fern Green, while the bottom portion is painted in a textured Grey Tech Blue.

The ID. BUGGY is actually equipped as a genuine all-terrain vehicle, as it sits on 18-inch wheels and BFGoodrich All-Terrain off-road tires. A solid aluminum underbody guard ensures that the front axle and ancillaries are not damaged during off-road driving, with further protection afforded by the aluminum side sill panel. 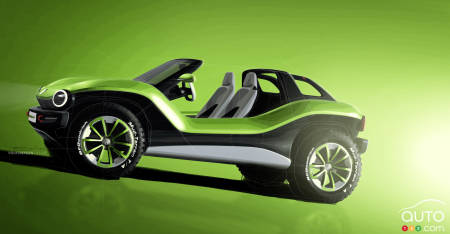 Inside
The ID. BUGGY’s minimalist interior is characterized by easy handling and waterproof materials. The same colour combo of  Fern Green and Grey Tech Blue is at play. The seats have headrests and belt guides integrated into the backrests, while the floor plate is outfitted with anti-slip knobs.

The wheelbase of the concept car is quite short, but VW has enabled generous passenger space thanks to the ID. series’ compact electric drive and axles arranged further to the outside. According to Volkswagen, this open space provides room in every ID vehicle that is about one class above that of comparable cars with a conventional drivetrain.

The minimalistic cockpit, designed very much with the spirit of the classic dune BUGGY in mind, includes a hexagonal steering wheel covered with water-repellent Nappa leather, and which features touch controls in the crossbar; a digital instrument cluster is designed to keep the dash uncluttered. 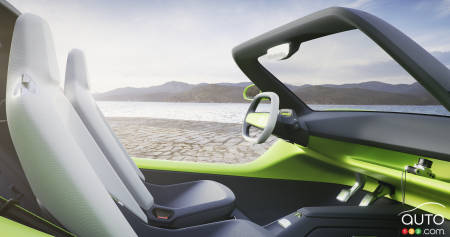 Electric drive
The drivetrain of the ID. BUGGY consists of the electric motor integrated in the rear axle, power electronics, a single-speed gearbox, the 62 kWh battery arranged in the car floor to save space and additional units integrated in the vehicle’s front end. The powertrain is configured so that there’s always enough power on the rear axle, even off-road. With full acceleration on paved slopes, the ID. BUGGY can speed from a stop to 100 km/h in a hair-messing 7.2 seconds. The maximum speed, by the way, is electronically controlled at just under 160 km/h… 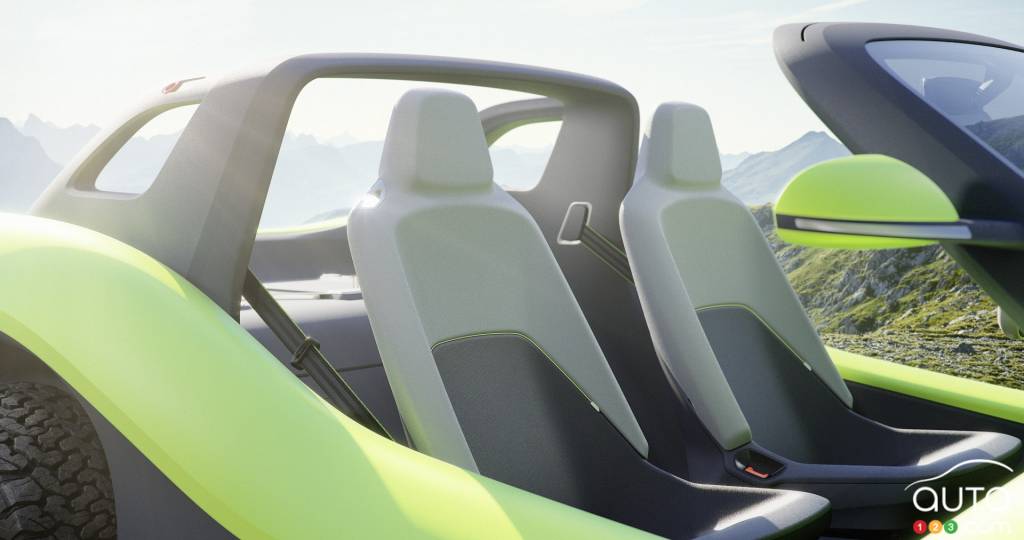 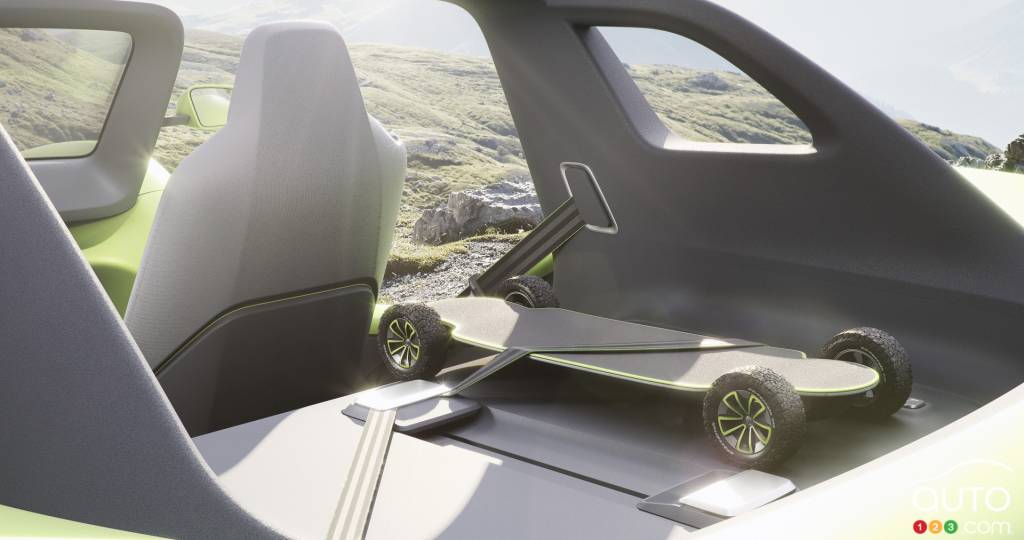 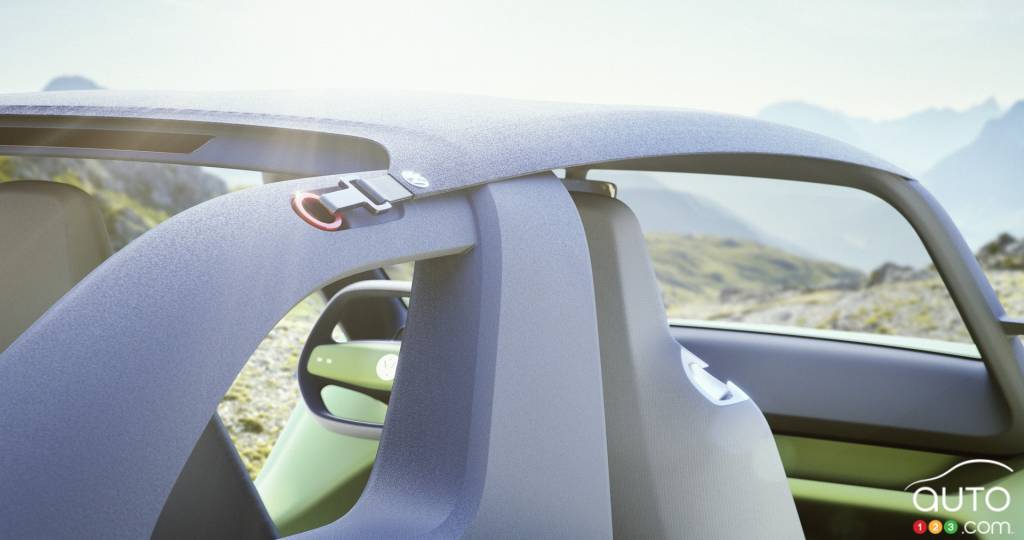 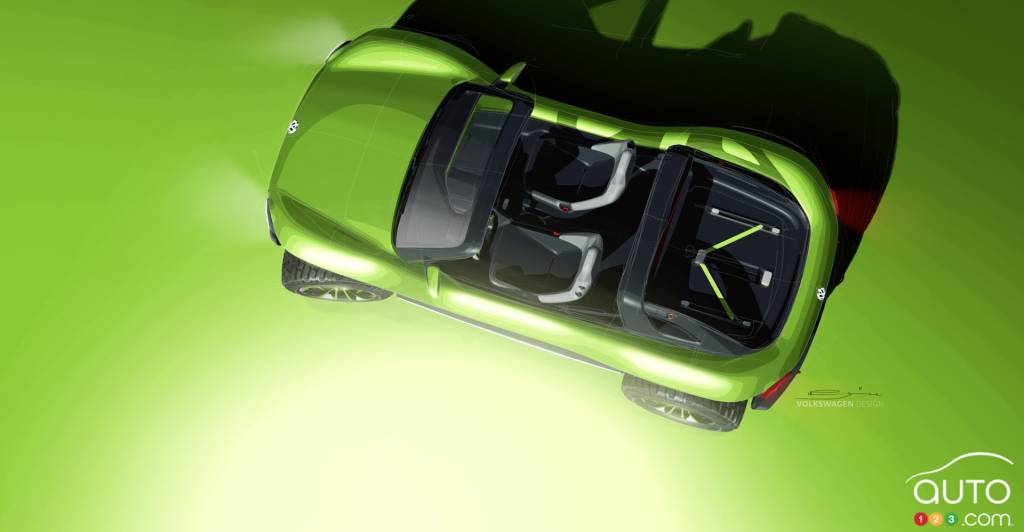 Reports are that Volkswagen will offer two variants of its long-promised I.D. compact hatchback EV. The two versions will come with different battery packs a...

Volkswagen ID.4 to Debut at Next Chicago Auto Show

Volkswagen intends to presents the first ID electric product destined for the North American next February, which is when the 2020 Chicago is taking place. T...