Audi’s quattro turns 40 this year. The German automaker gave a virtual presentation in its honour.

The virtual presentations keep coming from Audi. The latest in a series the German automaker has rolled out at a frantic pace touches on an innovation dear to the Audi heart. The name quattro is now intimately associated with the company itself, and in 2020 Audi is celebrating 40 years of this technical innovation that has done so much to burnish the company’s reputation.

Born in racing
At a time when the world of rallying was all about rear-wheel drive, Audi came up with a radically new idea: the all-wheel drive. In doing so it forever transformed the world of the WRC. Audi was so dominant that the rules were changed to put an end to that dominance.  Michèle Mouton, Stig Blomqvist, Hannu Mikkola, Walter Röhrl are all names associated with great success at Audi.

The technology was then transferred to production models. Audi’s eternal rivals BMW and Mercedes also began to apply similar systems at the same time, but Audi was alone in relying on a mechanical system that made it the only truly permanent AWD, whereas its competitors used electrically controlled differentials and not a Torsen differential like Audi. 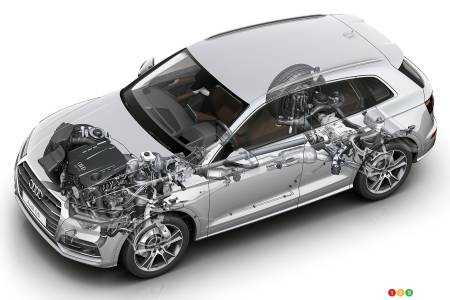 The quattro name becomes popular
Soon the name quattro became synonymous with the ultimate in road handling, and it is the 4-wheel drive system found in all Audi models. The system has evolved a lot over the decades. The Torsen system gave way to other ways of doing things on the transverse-mounted-engine models of Audi's MQB platform (A3, Q3), which runs on a Haldex system. While the Torsen system is a permanent differential, the Haldex system disengages. It consists of gears that prevent too much slip between the speeds of the two connected shafts (a so-called limited-slip differential). It provides a preload on the rear wheels for smooth operation.

Purists continue to prefer a system with a Torsen centre differential, which can be found on the MLB platform at Audi (A4, A5, A6, A7, A8...). Audi has also been using the quattro Ultra for a few years now, which replaces the Torsen system with a disengageable electronic differential in order to switch to two-wheel drive in phases where all-wheel drive is not required, and thus reduce fuel consumption. 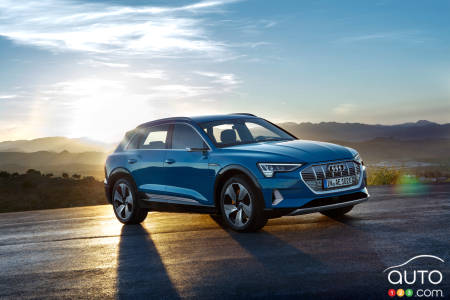 Quattro in the electric era
As the fabled system hits its 40th anniversary, Audi is throwing itself into development of an electric quattro. But is it still appropriate to call this new system quattro, when there’s no longer a differential or a drive shaft?

Like all manufacturers, Audi currently offers electric models with two engines, one that turns the front wheels and the other the rear wheels. To stand out a little from the competition, Audi will offer an interesting variant on its future e-Tron GT sports sedan. There will be an electric motor at the front, but two at the rear, namely one electric motor per wheel with a control module that will be able to vary the torque on each wheel to give the same finesse as the original quattro system.

Audi says that the new quattro is much more responsive because the data accumulated by the electronic control system is accumulated in real time and allows for a much faster response than the mechanical system that was "passive" rather than "active". To achieve the same finesse that the best systems have managed to do, Audi will also have to make torque management at the front wheels possible again.

Disruption and upheaval constitute, always, a double-edged sword in any industry. For automotive engineers, the current changes washing over the auto industry mean they are certainly “condemned” to be living in interesting times, as the saying goes, but it also represents great opportunity to innovate. Without a doubt, it will be interesting to see how technologies like quattro evolve in the coming years. 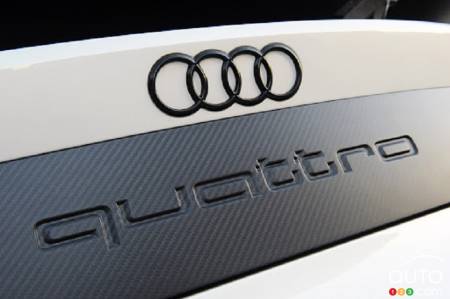