Thirty years ago, all-wheel-drive vehicles were not a common sight on the market. In fact, you had to turn to pickup trucks or the few SUVs available at the time to find models with four-wheel drive. Often, those consisted of true 4x4s rather than everyday passenger vehicles that integrated some form of AWD system.

About fifteen years ago, we started to see more vehicles offering four-wheel-drive systems. The trend naturally accelerated with the emergence and then explosive popularity of SUVs, but in recent years we've seen cars follow suit as well. Automakers were keen to give their models a chance to compete in the new SUV-friendly reality.

Hybrids
Until recently, one category of models was harder to find with four-wheel drive systems: hybrid vehicles. This combo was pretty much the exception, although it did exist. Now, things are changing at lightning speed, as automakers get busy offering electrified-powertrain models capable of AWD.

Case in point, Toyota. In fact, this past March, the Japanese automaker’s Canadian division invited us to test several hybrid models in its lineup to compare their all-wheel drive system with that of conventional models.

So, does the all-wheel drive provided by a hybrid approach work or not? Let's see how it went. 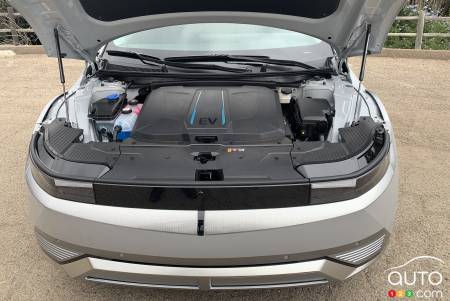 Different tests
When a manufacturer organizes a day of testing, the point is of course to show us something, and even more it’s to make us see what it wants us to see. Best to always approach test events with that in mind.

By letting us try out its hybrid models, Toyota wanted us to understand that in terms of driveability, they were no match for those with more traditional approaches.

One striking example is the RAV4 SUV. It's available in front-wheel drive, all-wheel drive with gasoline engine only, and a hybrid version that uses an electric motor on the rear axle rather than a conventional driveshaft to provide four-wheel drive.

Now keep in mind this was still winter. So obviously, the front-wheel-drive model was repeatedly humiliated. However, we noted that the difference between the traditional all-wheel drive and the system managed by an electric motor is negligible. In fact, behind the wheel, it's barely noticeable.

Unequal matches
And to show us how effective the all-around driveability provided by the hybrid system was, the company invited us to take part in a series of unequal comparison tests. This was mainly an opportunity to measure the extent of the difference between AWD and non-AWD vehicles.

Toyota gave us another exercise as well: off-roading with just about every vehicle possible. While doing this at the wheel of a 4Runner is ho-hum to the point of boring, it gets a lot more fun when you’re driving a Prius, or a Venza, or a Sienna. Yes, off-road driving in a minivan! 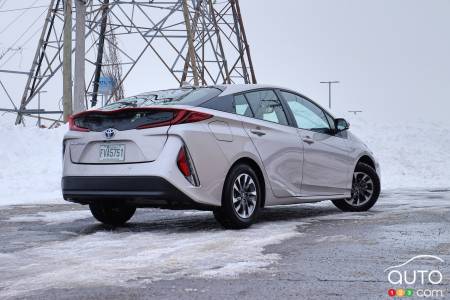 Conclusion
The AWD approach provided by a hybrid is no different than a car with a traditional powertrain. The systems work differently in terms of responsiveness, but ultimately, for the driver, they provide improved traction at all times and a greater sense of security. And that's the essence of what matters to you, isn’t it.

Of course, winter is now behind us, but keep in mind that four-wheel drive can also be very useful in the summer, for example on a dusty road or on a rainy day. Knowing that you have a vehicle that can grip the pavement with all four tires at all times when the situation calls for it is just appealing.

Winter or summer, hybrid or not.

Next week, we look at Toyota’s new generation hybrid models in terms of the actual fuel economy they deliver. Stay tuned for that.