When Aston Martin unveiled the manual-transmission Vantage AMR in 2019, the automaker made a public vow that it would be the last company to still sell vehicles with a mechanical transmission. That commitment to driving purists has just been broken, as confirmed by Aston Martin’s new CEO.

Tobias Moers confirmed to Road & Track magazine that Aston Martin plans to abandon the manual transmission altogether. The executive, previously head of Mercedes-AMG, also told Australian media that the gearbox will be phased out of the Vantage lineup as part of the model's planned 2022 update. This contradicts the automaker's previous plan that the manual transmission would remain an individual option for the Vantage.

“We did a few assessments about [the manual car]—you don’t need it anymore. And you have to maintain it with the new regulations, year by year with the emissions because it’s a bespoke powertrain. It makes no sense.” 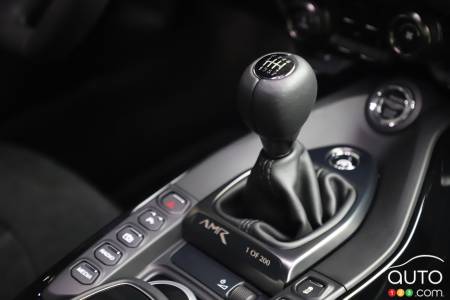 As it happens, Road & Track magazine, little enamored with the AMR version and particularly its price, had recommended that buyers wait until the regular Vantage with a manual transmission arrives in North America to get the most bang for their buck. Aston Martin has confirmed that the 2021 version of the Vantage will still offer the option of a mechanical transmission. But that will be it.

Still, the decision is a shame and another dark day for the manual transmission.

Aston Martin is being sued for $100 million USD by former head of design Henrik Fisker. Apparently, the company doesn’t want Fisker to unveil his Force 1 at ...

The finely honed, sober lines of the Aston Martin family, its unique finish and handcrafted cabins, those are the stuff of automotive dreams. For a car that'...

Nissan has in place a stop-sale and no-delivery order on the new 2023 Nissan Z with auto transmission over a rollaway issue. A company spokesperson confirmed...