Two years ago, Aston Martin announced it was going to produce DB5 Continuation models. The 25 units to be made in a painstaking made-by-hand process would be faithful reproductions of the gadget-ridden DB5 from James Bond movie Goldfinger. Now the company says the first model has just been built.

We'll tell you candidly, on hearing the news we experienced a slight case of the vapours. For any fan of the James Bond character, this DB5 is the ultimate toy.

The long gestation period that gave birth to the DB5 Continuation involved a collaboration with Eon Productions, as well as with Bond's stunt coordinator, Chris Corbould, all concerning the reproduction of the movie car’s gadgets. About six weeks ago, the British luxury automaker announced it had started building the first DB5. It is entirely hand-assembled using essentially the same techniques used to create the original version. Each edition will require some 4,500 hours of work to complete.

It should be noted that the model is designed for the track and not for road use. 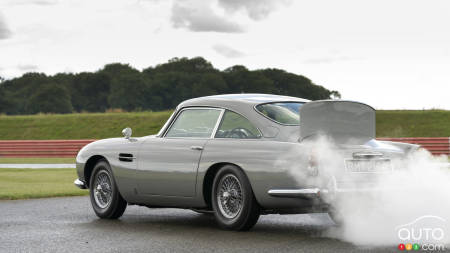 The work of creating these reproductions focused on getting every last detail right, and not leaving any out. And so the model features machine guns hidden behind the headlights, front and rear bumper battering rams, retractable rod used to pierce the tires of enemy cars, tilting license plate, smoke screen and oil spray systems and bulletproof shield in the rear. Inside, we have the phone in the driver's door, radar screen in the centre console, weapons tray under the seats, passenger ejector-seat button (under the shift knob, in case you were wondering) to send unwelcome passengers through the sunroof and remote control for the driver safety devices.

Anything potentially lethal is just a simulation, of course. However, the smoke screen works, and the oil delivery system sprays a real liquid. 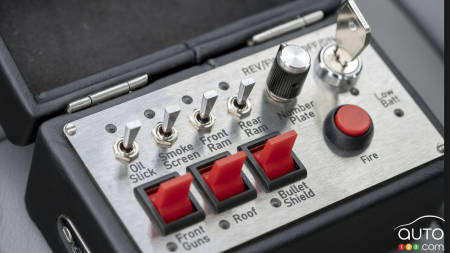 The first DB5 built in 55 years comes equipped with a 4.0L inline-6 engine, and counts three SU carburetors; the powertrain deliverss 290 hp sent to the rear wheels through the work of a 5-speed manual transmission and a mechanical limited-slip differential.

Deliveries of the model will begin soon. Price per unit is £2.7 million (or about $4.7 million CAD). That's a little more than piggy bank change, but keep in mind that the original car from the film sold for $6.4 million USD (or $8.66 million CAD) at auction. 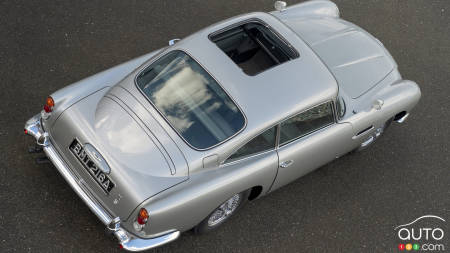 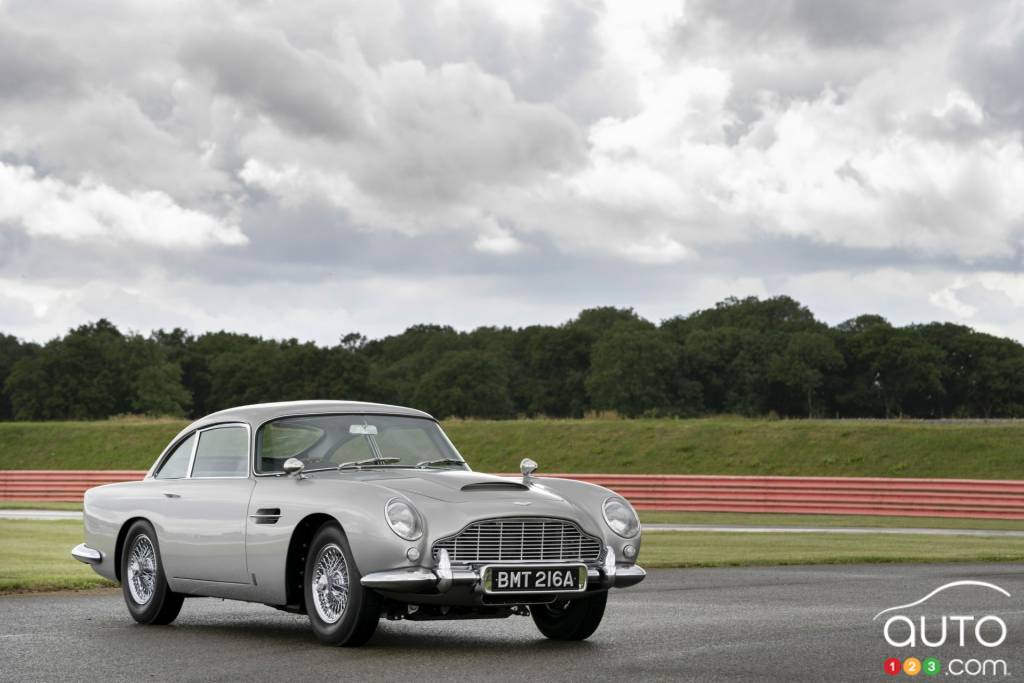 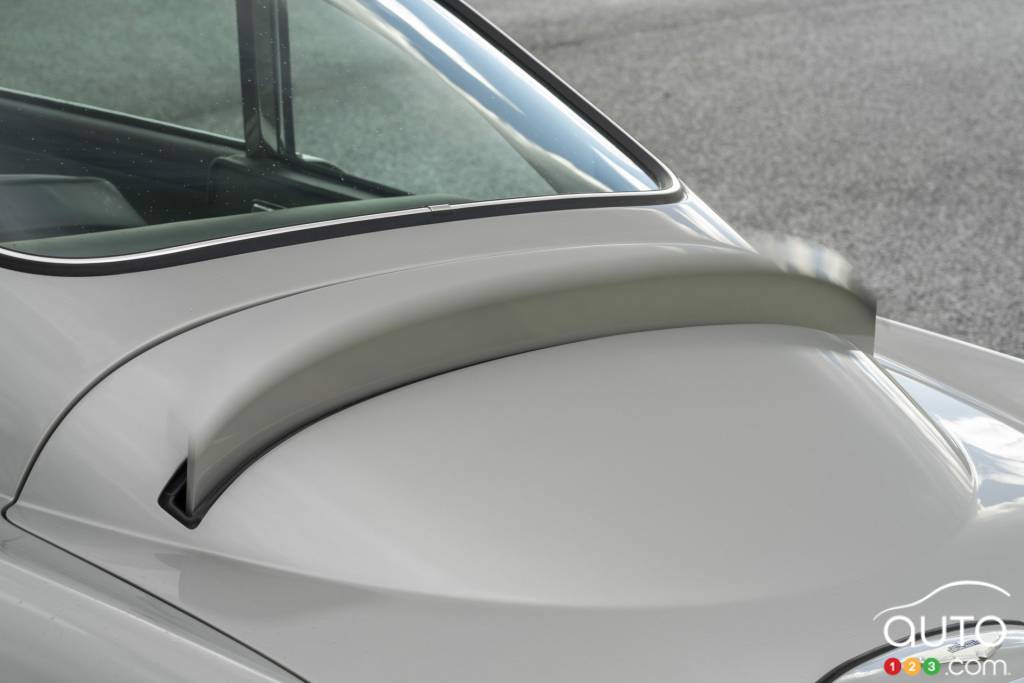 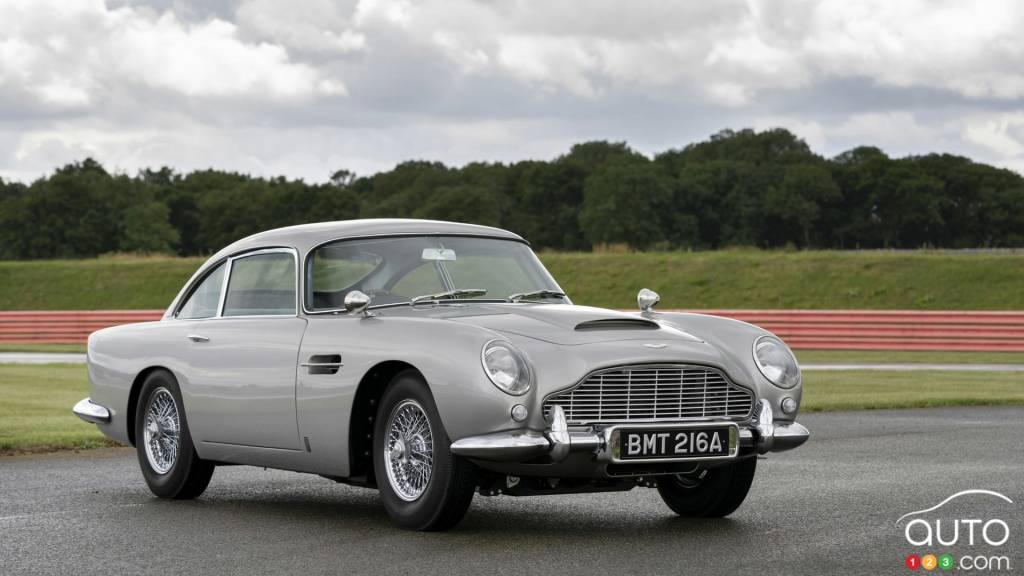 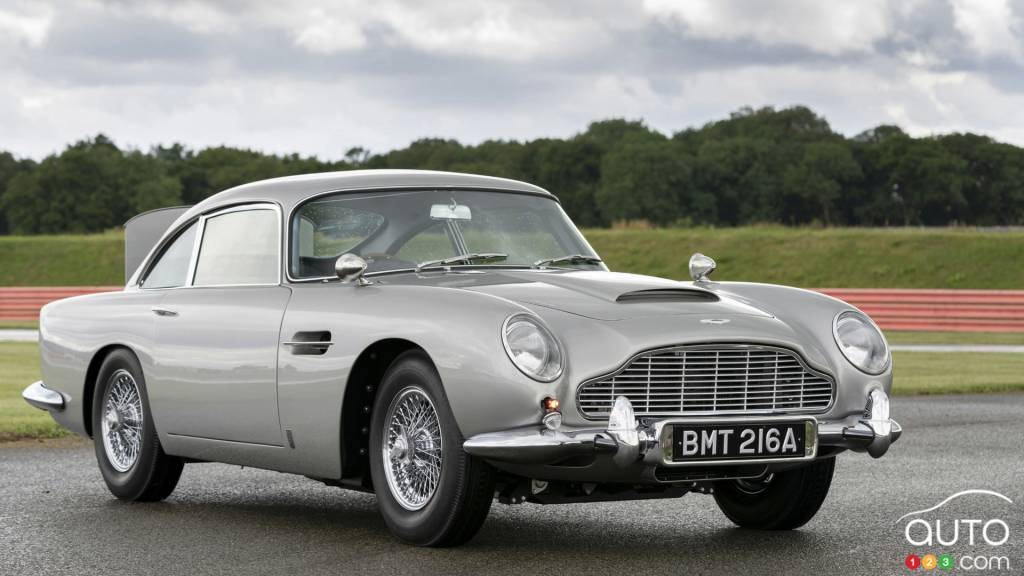 Aston Martin will build 25 replicas of the DB5 James Bond first drove in Goldfinger, which will follow the original specs and feature a number of gadgets inc...

The release of the new James Bond movie is delayed due to the coronavirus. Originally scheduled for April 10, it has been postponed to the end of November. T...

BMW has unveiled Black Vermilion Editions coming for the 2022 BMW X5 and X6 SUVs. Only 50 units of each of the special black-and-red-themed editions are plan...