If you’re fan of the James Bond movies and more specifically of the Aston Martin DB5 first driven by Agent 007 in the 1964 film Goldfinger, you’ll be happy to learn that you could, given deep enough pockets, get your hands on a replica, complete with many of the gadgets featured in the film.

Many, but not all of the gadgets. We imagine the automaker will skip the ejecting seat that featured in the movie, but on the other hand the pivoting licence plate could well be included. We’ll have to wait and see for the guns that come out from behind the flip-down turn indicators (non-functioning, of course), the bulletproof glass and the tracking system, etc.

Aston Martin is setting the production run for the replica at 25, although in fact three more will be built. Two of those three will go to the Aston and EON companies, and the third will be auctioned off for charity.

The 28 units will be built at the same facility as the original, the Aston Martin Works plant in Newport Pagnell, England, which today is dedicated to the restoration of classic cars. They will be assembled according to the original specifications, but at the same time the automaker says they will be identical to the car seen on the big screen, and that they would meet today’s quality and reliability standards. 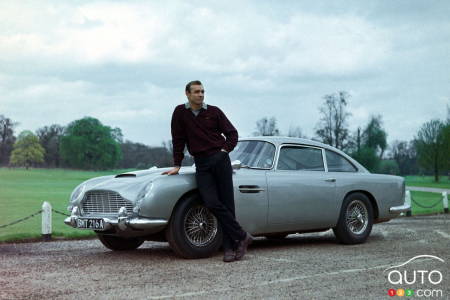 One thing to keep in mind is that the cars won’t necessarily be legal to drive on public roads. Building them to their original specs means they won’t meet the safety standards in many jurisdictions. This remains unclear, since we’re talking about a classic car but with a modern serial number and year of manufacture.

Aston Martin hopes to start delivery on the 25 “new” DB5s next year. 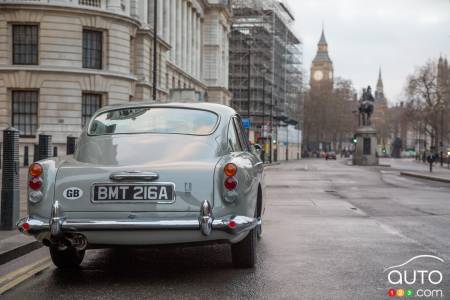 The First Aston Martin DB5 Continuation Has Been Built

Aston Martin has just completed the first of 25 reproductions of its legendary DB5 model. The car, designed for the track, is a faithful replica of the DB5 s...

Dodge Viper bowing out after 25 years with 5 limited-edit...

FCA is celebrating the 25th anniversary of the Dodge Viper with five limited-edition models that commemorate the final year of Viper production and highlight...

Canada Not Getting Ford Bronco and Bronco Sport First Edi...

The First Edition versions of the Bronco and Bronco Sport are not coming to Canada. The news was confirmed by a Ford representative in an interview with Musc...