For the first time in the automotive industry, the idea of replacing side-view mirrors with cameras moves beyond the realm of concept vehicles and will be implemented on a production car.

Automakers have toyed with the change on prototypes that for years we've seen displayed at various auto shows. But never has anyone dared carry it through and really eliminate side mirrors on a production car.

Until now. Audi is fitting its highly anticipated new Audi e-tron electric SUV with cameras and doing away with the mirrors.

The cameras will be placed at the same spot where the mirrors would have been, and will be integrated in small winglets. The driver’s side camera will send the image it receives onto a small screen located to the left of the instrument cluster. Audi is not saying how or where the passenger-side image will be projected, but we imagine the approach will be similar. It could also be displayed on a central screen and be activated, like the blind spot monitor in Honda vehicles.

We'll find out before the end of 2018, as the e-tron is set to launch before then. 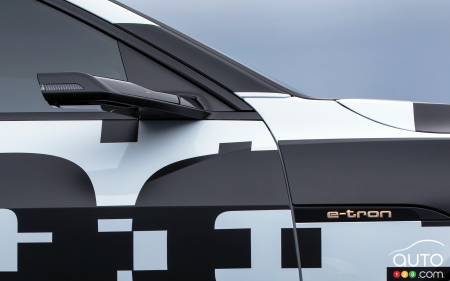 There’s no question that after generations of drivers have been trained to look at side mirrors to see what’s going on behind their car, motorists will need to seriously readjust their habits. For having tried vehicles equipped with an interior display showing images received by a camera located in back, I can confirm that the reflex of where to look and how to interpret what’s being seen is not the same.

Depth perception, for one, is quite different in the new system.

This clearly could pose a risk to the safety of motorists and their passengers. On the other hand, it’s just as clear that the host of drive assists technologies introduced in recent years will help attenuate that risk.

One of the reasons given by Audi for using the new technology is the aerodynamic improvement in brings with it. The automaker said that a reduction of .01 in the coefficient of drag (cx) adds five kilometres of range to an electric vehicle.

The cx of the e-tron electric SUV is 0.28, and the range promised by Audi is 500 km. The model is scheduled to hit the European market toward the end of this year, and should arrive in North American not long after.

One pretty important question that remains is whether cars devoid of side-view mirrors will even be allowed on roads over here. U.S. authorities have yet to approve the camera-based technology. 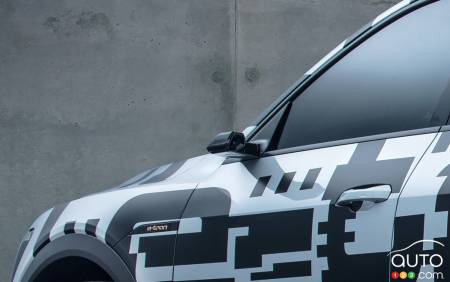 Top 10 SUV Concepts that are fully electric… or almost!

Our Top 10 list of electric-powered SUVs still in concept form (but moving rapidly to production) illustrate an industry-wide transformation resulting from t...

In a world premiere, Audi unveiled at Auto Shanghai 2017 an electric crossover concept in the form of a 4-door coupe. Meet the new Audi e-tron Sportback!