The year 2020 has been very tough for the vast majority of car manufacturers. Unsurprisingly, it hasn't hit luxury automakers like Bentley as hard as many others, since they cater to customers that are perhaps more concerned about the coronavirus than about making ends meet at the end of the month.

Bluntly, it reflects the gaps that exist between certain strata of society.

In fact, for Bentley, the last twelve months have been a record period. Specifically, the British-based manufacturer ended 2020 with 11,206 deliveries, beating its previous record of 11,089 set in 2017. The 2020 result also represents an increase of approximately 2 percent over 2019.

The new Flying Spur and Continental V8 played a big part in this increase during their first full year of sales in the market. The upgraded version of the Bentayga also helped drive sales once it launched during the course of the year. 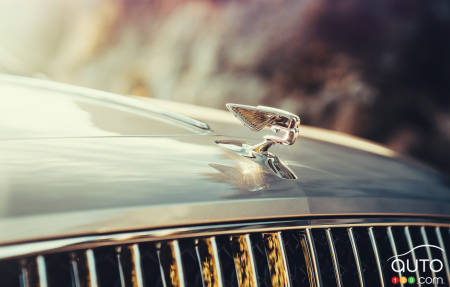 Incredibly, Bentley's forecast for 2020 was even higher, showing that the pandemic did have some affect, even on it.

“Even though we anticipated greater sales before the pandemic struck, when you consider the level of restrictions around the world for the majority of the year, to achieve a record sales performance is a strong measure of our potential,” said Adrian Hallmark, Bentley's President and CEO.

China was the automaker’s largest market with 2,880 units sold, accounting for 26 percent of the total sales. This represents a 48 percent increase over 2019.

For the Americas as a whole, 3,035 models were delivered, a 4-percent increase over 2019. Globally, this represents approximately 27 percent of the company's results.

In 2021, Bentley is again expected to record strong sales, driven in part by the Bentayga, which will continue to ride the momentum gained from its mid-term redesign. The redesigned Flying Spur V8 is also expected to be a big hit. Bentley has also promised a second plug-in hybrid model to join the Bentayga Hybrid within the lineup.

After a gangbuster 2020, Bentley set another sales record in 2021, thanks mainly to its Bentayga SUV, which accounted for 40 percent of the brand's sales las...