BMW's lineup is one of the most diverse in the industry in terms of powertrain variants. Across the lineup of models, there's everything from a 3-cylinder engine to a V12, not to mention all the variations in configurations - gasoline, diesel, hybrid or pure electrification.

In the next few years, that offer will get less diverse. For one thing, the BWM Group, which encompasses the BMW, Mini and Rolls-Royce brands, is set to greatly expand the number of electric models it sells. BMW expects half of its sales by 2030 to be electric vehicles, which means there will be much less demand for internal combustion engines than there is now.

BMW accordingly aims to halve the variants of its current propulsion systems by 2025. CEO Oliver Zipse told investors last week at the company's annual general meeting in Munich, Germany that “we are reducing complexity, with fewer variants and fewer drivetrains, keeping only those for which there is real demand”. 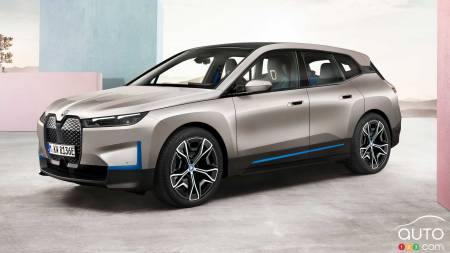 Many of the powertrains will initially be cut at Mini, which is scheduled to launch its last combustion engine-powered car in 2025. BMW, too, will lose many gasoline- and diesel-powered models as the brand begins rolling out new all-electric models. According to BMW, the key moment occurs in 2023, year by which the automaker plans to have 13 all-electric models on its roster.

And the transition has already begun. At the shareholder meeting, Oliver Zipse said that about 5,000 staff members have chosen to leave the company as part of a severance package, while 4,000 new members have been recruited for “future areas of activity”.

The company is also reducing its production capacity for combustion engines. Last fall, it said it would end engine manufacturing in Germany by 2024.

The good news for enthusiasts who still have oil coursing through their veins is that the company believes combustion engines have many more years ahead of them, though those will be supplemented by electrification, such as mild and plug-in hybrid systems. BMW has confirmed the next M2 will be the last model from the M division to use only a combustion engine and no electrification. The division will then move ...