Last year, BMW announced that the next generation of its flagship 7 Series would be available in an all-electric configuration. The debut of that variant is approaching, and the company has confirmed it will take on the i7 name, this while sharing some images photos of the camouflaged model being tested in winter conditions at BMW's testing centre in Sweden near the Arctic Circle.

The company says the location is ideal for testing the vehicle's road capabilities, but also the ability of the electric powertrain to withstand the intense cold.

Unfortunately, the camo garb means we don't get a very clear picture of what it looks like, other than the general shape. Some details are distinguishable, however, like the lower position of the headlights. The nostrils don't look too big, although the element that holds them together seems a bit larger and bulging. We'll see. 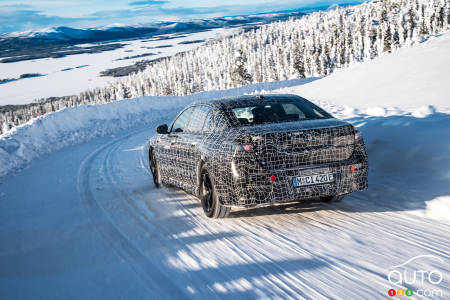 The rear is well-hidden too, but the lights seem to adopt a completely different style. Here again, we'll have to wait for official images to confirm anything.

As for the guts of the electric i7, BMW says the sedan will benefit from the fifth generation of the eDrive technology that already serves the iX SUV. Gasoline and hybrid versions of the upcoming 7 Series are also expected to be available alongside the i7. The official unveiling of the model is set for sometime in 2022. Once on the market, it will find the Mercedes-Benz EQS and Tesla Model S in its path, as well as new players like the Lucid Air. 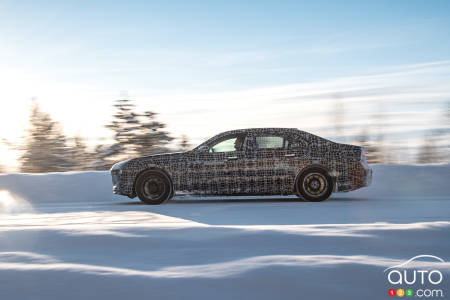 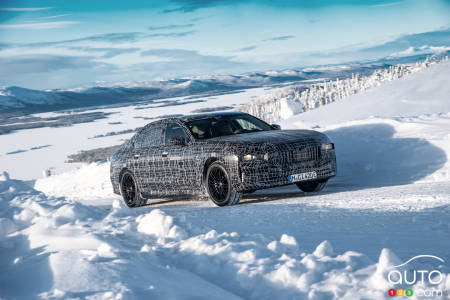