The long series of recalls related to defective Takata airbags have made this one of the biggest scandals ever to hit the industry. Since the problems with the airbags first came to light, just over 50 million vehicles have been recalled in all.

We can now add another 1.7 million vehicles to that total.

Six auto manufacturers have now issued new recalls, adding to the already staggering total of airbag-related recalls. Recall that the problem identified regarding the Takata airbags is a serious one. These are at risk of exploding and in the process projecting debris into the faces of people they are designed to protect. Across the globe, 23 deaths have been attributed to the defective airbags.

This time, the companies issuing recalls are Subaru, Tesla, Volkswagen, Mercedes-Benz, BMW and Ferrari. According to Associated Press, Subaru is recalling 826,144 models to dealerships, comprising Forester, Outback and Legacy models manufactured between 2010 and 2014.

For its part, Mercedes-Benz says that 288,779 of its vehicles are affected and they concern models from 2010 to 2017. The Volkswagen Group’s recall targets 119,394 vehicles; this total includes Audi vehicles.

One troubling statistic in all of this is that, of all the vehicles recalled so far to replace the defective airbags, only 30 million have actually been brought in to have their units replaced. This means there are still millions of vehicles being driven with the defective airbags in place. Even worse, the risk of an explosion increases as vehicles get older.

As always in the case of recalls of this kind, motorists are encouraged to contact their dealership if they believe their vehicle is impacted. It’s also possible to consult the website of the NHTSA (National Highway Traffic Safety Administration) to see if your car, SUV or truck is one of the vehicles being recalled. 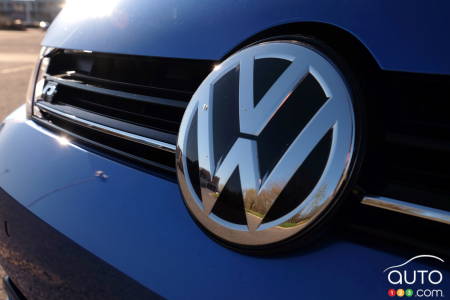 Roughly 2.5 million additional vehicles will be recalled in the U.S. to fix Takata-made airbags.