The M-ing of BMW’s SUVs was only a matter of time. During an event of the DTM series this past weekend, BMW gave assembled fans a bonus by previewing on the celebrated Nürburgring track prototype versions of the X3 M and X4 M SUVs currently in the works.

The two M performance products were shown in camouflage,e and BMW took care to poin out that the two are still in their development phase. Still, we can deduce that the prominent air ducts in front, as well as as the quadruple exhaust tips at the rear, will be part of the vehicle’s final package.

It’s also possible to take a look at the modifications previously made to the X5 and X6 when producing M variants of those models, and get a sense of what to expect from the X3 and X4 once they’ve gotten the full treatment from the wizards at the M division. 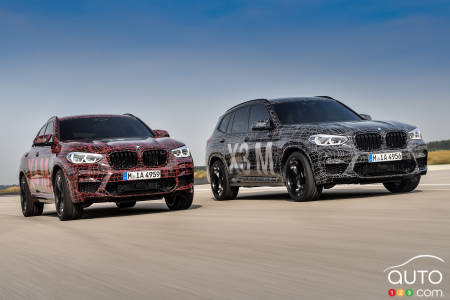 We have learned as well that the two new models will be powered by a 6-cylinder turbo with eye-opening capabilities… including the ability to make the exhaust system sing by playing around in the higher reaches of the RPM atmosphere.

For the moment, BMW has not provided any details regarding the hardware these models will be equipped with. We do know that they will incorporate the M xDrive all-wheel drive system. Present in the new M5, this system sends more power to the rear by default, allowing for a more gripping driving experience. It is possible for the driver to balance things by transferring more power to the front axle, or else to send all traction to the rear axle. Sounds promising…

As mentioned, the models are still early in their development, so much so that BMW is not giving any hint of when they might be ready for production. We can expect an unveiling sometime in 2019 or the beginning of 2020, if we read the tea leaves. 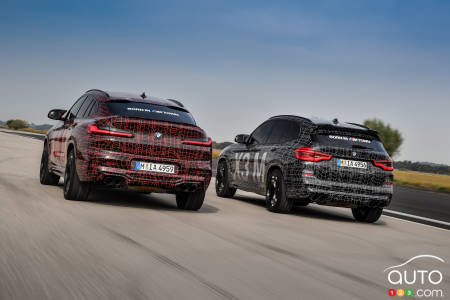 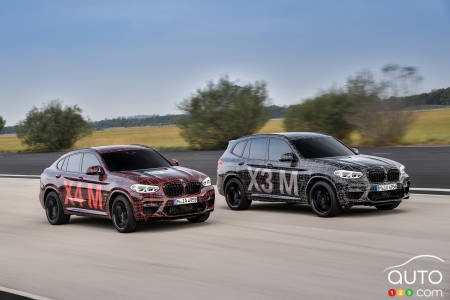 Articles By
Daniel Rufiange
Up to five screens in the next Mercedes-Benz ...
Article
Lucid Air: 832 kilometers of electrical range
Article
The new Ram 1500 TRX will debut on August 17th
Article
More from this author