After Chevrolet announced the North American version of its new Trailblazer would debut next year, Buick has confirmed the longstanding rumour that it would also introduce the stretched GX version of this next-gen Encore not only in China, but in North America as well.

The model fills an evident hole in the automaker’s SUV lineup above the regular Encore and below the larger Envision SUV.

A lot of factors make this is a logical move. For starters, 90% of the brand’s sales consist of SUVs. The addition of the Encore GX brings the total number of utility models sporting the Buick badge to four, competing in the most popular segments on the market. 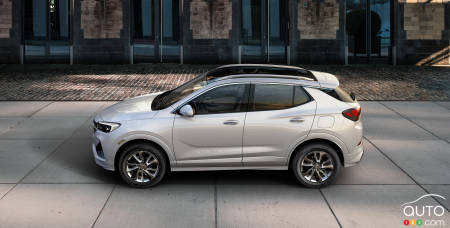 Few details have been revealed as of yet, but we do know that the model will come with a full array of safety and drive-assist features, including pedestrian detection with automatic emergency braking, forward collision alert and lane departure warning with lane keep assist.

The Enclave from Buick now features a camera in lieu of the rear-view mirror, and that feature will make the jump to the Encore GX as well – as will the 360-degree backup camera.

The Encore GX will be assembled in China, and it’s expected that the first production models will hit North American dealerships early next year, just prior to the debut of its close cousin, the new Chevrolet Trailblazer. 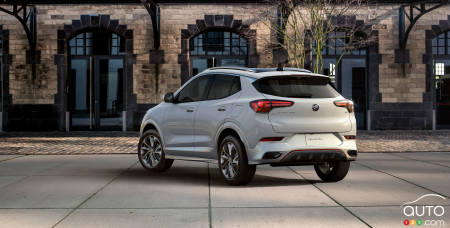 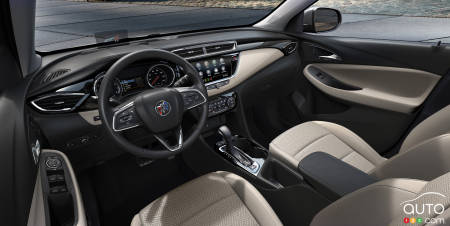 Buick Encore GX: The stretched version of the next-gen Buick Encore unveiled in Shanghai will be sold in North America, according to a report by Automotive N...

The new 2020 Buick Encore GX gives the automaker a trio of modern SUVs to compete on the market, along with the Enclave redesigned a few years back and the E...