California has long been a leader in the United States when it comes to environmental legislation, and in the past two years it has led the fight against President Donald Trump in this domain.

In response to the Trump administration’s desire to roll back fuel emissions standards that were set in place during Barack Obama’s presidency, the state of California has now raised the possibility of banning combustion-engine vehicles on its roads.

This threat was enunciated by the Board Chairman of the California Air Resources Board (CARB), Mary Nichols:

"CARB will be exploring ways to ensure communities get the reductions of air pollution they so desperately need to keep the air clean and breathable -- and continue to fight climate change. That might mean, for example, tougher requirements for low-carbon fuels, looking at tighter health-protective regulations on California refineries, doubling down on our enforcement efforts on mobile and stationary sources - and might lead to an outright ban on internal combustion engines.”

- Mary Nichols, Board Chairman of the California Air Resources Board 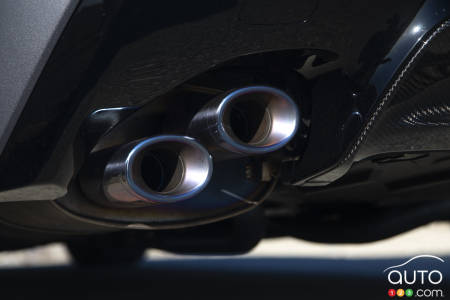 No one thinks this could actually happen any time soon, but the fact that the possibility is being raised for the first time within the United States is significant, especially coming from a major player like California.

The state is currently embroiled in a prolonged battle with the Trump administration over the right to set its own fuel emissions standards. California wants to put in place the standards first established during the Obama presidency, which call for average fuel economy in auto manufacturers’ vehicle fleets of 47 mpg (5.0L/100 km) after 2020. President Trump has pushed for a standard of 37 mpg (6.4L/100 km).

This past February, negotiations between California and Washington reached a standstill and were called off; since then the industry has remained in a state of total uncertainty.

California to Ban Sales of New Gas-Powered Vehicles as of...

California will ban the sale of new gasoline-powered vehicles beginning in 2035. The news was announced by Governor Gavin Newsom and comes at a time when the...

Cadillac Wants to See Out Combustion Engines in Style

The way Cadillac see it, combustion engines deserve a memorable going away party before they disappear into the sunset. The company is planning ever-more-pow...

France to Ban Sale of Gasoline-Engine Vehicles by 2040

The government of France is preparing legislation that will place a total ban on the sale of gasoline-engine vehicles starting in 2040. The idea first presen...