A new study out of the UK by Zutobi.com analyzes the ease or difficulty of obtaining a driver’s permit in different countries around the world. Elements considered include cost, age when allowed to apply for a licence, whether eye and medical tests are required and the hours of lessons needed before being allowed to take an exam.

Last but not least, the study even took into account whether applicants need to take a theory or practical exam at all. And yes, that is not a given! In Mexico, those seeking to get a driver’s licence are not required to pass a practical driver’s test. We shudder at the thought. Not coincidentally, that country sits at the very top of the ranking of easiest countries to become a legal driver.

We’re No. 5! We’re No. 5!
So where does Canada rank? While it’s not in Mexico’s league, which stands head and shoulders above every other nation, it ranks fifth in the world for ease of obtaining a permit, just behind the United States. In fact, the only thing keeping the Great White North from outranking our neighbours to the south is the slightly higher cost of a driving test here.

In contrast with some other countries, Canadian applicants are not required to take an eye or medical test, and they do not need to have taken any lessons prior to taking a test. The average cost for taking a driving test in Canada is $136 USD (or roughly $172 CAD), and the minimum age for doing so is 16. Thankfully, a practical test is required.

Young Canadians seeking to get a licence to drive will feel fortunate they don’t live in Croatia, rated the toughest country to obtain your driver’s permit. The age limit for doing so there is 18, which is reasonable enough; but the average cost for taking the exam is $1,288 USD (or $1,630 CAD), which is definitely NOT reasonable! Contrast that to countries like Pakistan, India, Vietnam, Turkey, China and Argentina, which charge their citizens a nominal fee or none at all to take a driver’s test.

Applicants in Croatia are also required to take 88 hours of lessons before taking the exam (which is onerous but not as onerous as Australia, which imposes 125 hours!). Croatians also must submit to eye and medical exams.

The European country that makes it easiest for their young citizens is Latvia, by the way. At 16, aspiring drivers can pay their $35 USD fee and take their test, no prior lessons or eye or medical tests required. Though unlike in Mexico, the testing process does actually include a practical test.

Canada thus ranks near the top of countries in which it is easiest to obtain a driver’s licence. We make it affordable, less time-consuming and less demanding for Canadians 16 years old and up to get a legal right to drive. That’s a good thing, right? 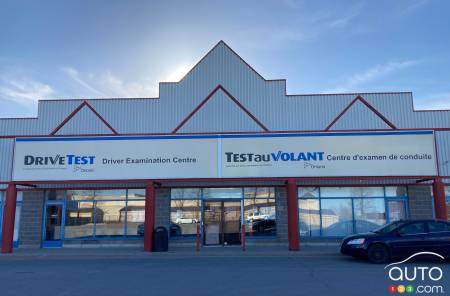 Here are the countries in which it's easiest to obtain a driver's permit, according to Zutobi.com:

And where it's the most difficult:

According to a new study by GoCompare, Canada lags behind many other countries in developing needed infrastructure for electric cars, and fewer vehicles in t...

More Than a Third of Diesel Vehicles Are Money-Savers

Vincentric has published its 2016 study of diesel-engine cars and trucks and determined that roughly 39% of them inflict a lower total cost on their owners t...