BMW showed two versions of its all-electric iX SUV at the Consumer Electronics Show in Las Vegas this week. One of them, named iX Flow, has the particularity of being able to change colour.

This isn't the first time BMW has toyed with the idea of something totally out-of-the-box for a vehicle body. Once upon a time, the German automaker presented a concept (GINA) the bodywork of which was a... canvas.

This time, the iX Flow features an exterior wrapped in a material called E Ink. This is the same material used in the screens of e-readers like the Kindle, and as applied by BMW it allows the vehicle to change colour instantly. Think of it as a mood ring on wheels.

(Almost) 50 Shades of Grey
For now, the iX Flow can only play with shades of white, grey and black, but BMW hinted that adding bright colours is not out of the question.

The envelope, conceived as a kind of electronic ink - hence the e Ink name - is made up of millions of microcapsules containing negatively charged white pigments as well as positively charged black pigments. These microcapsules, of a diameter equivalent to the thickness of a human hair, can be stimulated by an electric field to bring different amounts of each pigment to the surface of the microcapsule, thus changing the colour of the car.

BMW is considering possible applications for E Ink technology in its future products. Of course, the ability to change colours could simply fulfill drivers’ aesthetic wishes. But E Ink could also make a vehicle more efficient, for example turning white to reduce the amount of heat absorbed by its body and reduce the need for climate control. In cold weather, the iX Flow could turn black to have the opposite effect. 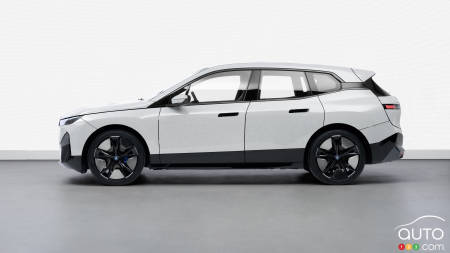 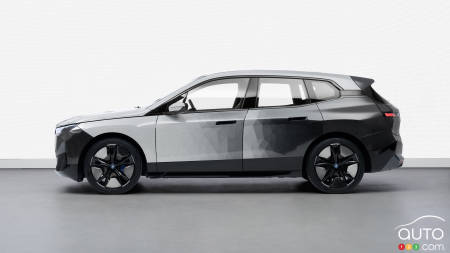 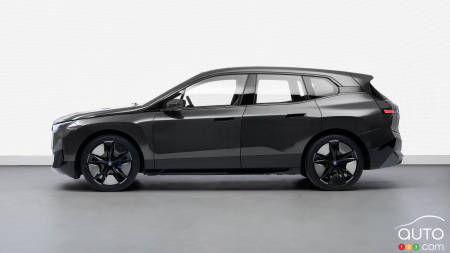 BMW is even thinking of using it inside, such as on the dashboard to prevent certain surfaces from heating up too much when exposed to the sun.

E Ink technology is also very energy-efficient, as it only consumes energy during the actual colour-change process, meaning it does not require power to maintain whatever hue is currently in place. BMW explained that adding the material does not represent an unrealistic cost and that we could see E Ink making its way onto production vehicles. The company did not, however, give a timeline before we could see such a thing. 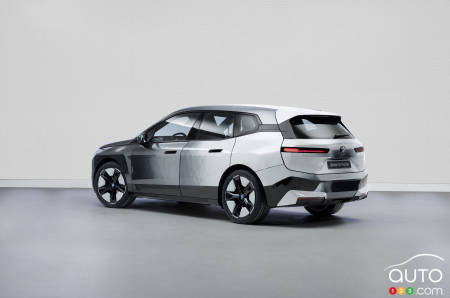 Cadillac turned heads with its InnerSpace concept to cap the week at CES 2022. We're not talking about a production model here, but rather a vision of how th...

Goodyear was busy at CES 2022 today, unveiling a tire made with 70 percent recycled materials and pitching a future one with 0 percent air in it. The former ...