Chevrolet has decided to pull the plug on its City Express minivan. Although, more precisely, what the company has done is put an end to the Nissan NV200 dressed in Chevy badging, as the GM division has been offering this twin to the Japanese automaker’s product for the past four years.

Either way you look at it, the City Express small utility vehicle will disappear after 2018.

Production actually ceased this past February, and dealerships had even been informed of the decision last year.

The City Express was conceived as a rival to Ford’s Transit Connect, which has proven popular since its arrival on the North American market. Perhaps because the Chevy van did not constitute a wholly unique product, it never made much of a niche for itself among consumers. Fewer than 30,000 units of the model sold since it debuted in late 2014. Ford, meanwhile, moved over 34,000 of its Transit Connect in the United States last year alone.

Chevrolet gave no specific explanation for its decision to axe the van, but perhaps it felt one was not needed: the numbers speak for themselves.

Ford, meanwhile, found 2651 Canadian buyers for its Transit Connect in 2017.

No word yet on whether Chevrolet has any plans to fill that spot in its lineup with a future van. 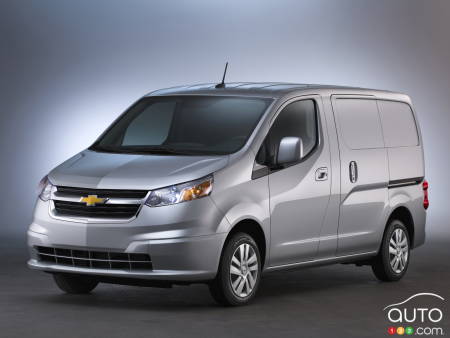 It was Chevrolet’s turn to take the spotlight with the unveiling of its 2020 Silverado HD truck ahead of the Chicago Auto Show, which starts this week. The r...