Chevrolet is enlarging its lineup for the 2018 model-year Colorado ZR2 off-road truck with a new Midnight Edition and a Dusk Edition.

They will make their official debut alongside some 20 other Chevrolet models at the upcoming SEMA Show in Las Vegas, taking place from October 31 to November 3. The models on display at the show will be equipped with a number of genuine Chevrolet Accessories and Chevrolet Performance parts to showcase their many available customization options.

The Colorado ZR2 Midnight Edition is, naturally, an all-black affair, right down to the alloy wheels and the badging, plus the black sport bar with off-road LED lights that sits on the roof.

The Dusk Edition of the Colorado ZR2 has the same characteristics as its Midnight sibling, but is offered in the full range of exterior colours available with the regular ZR2.

Chevrolet’s Colorado ZR2 stands out from other trucks in the midsize segment through the inclusion of an exclusive Multimatic all-terrain suspension and its electronic locking differentials. Buyers can choose between a 3.6L V6 and a 2.8L 4-cylinder turbo-diesel engine. The latter produces a class-leading 369 lb-ft of torque.

Don’t miss our in-depth review of the Colorado ZR2! 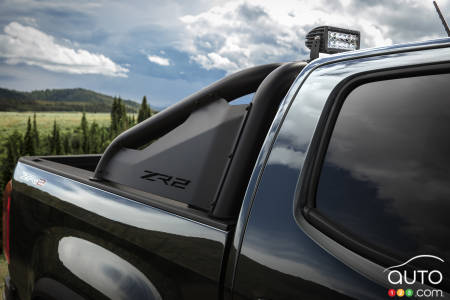 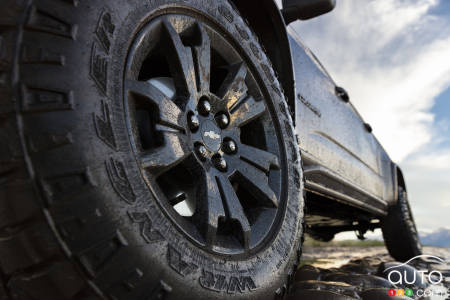 The Colorado will get an even more unbridled version. The ZR2 Bison will be developed in collaboration with U.S. firm American Expedition Vehicles, which als...