After a long wait, the mid-engined new Chevrolet Corvette is set to make it debut. Not unrelated to that, General Motors has trademarked the Zora name – for the second time. It first applied to reserve the name with the United States Patent and Trademark Office in 2014.

Since then, GM has filed to protect the name in many other markets around the world. This new U.S. filing comes so that the automaker can officially register the name in its home market, and to do so it must stipulate what use it will make of it – hence the wait until the last possible moment.

With the Corvette C8 about to debut, GM had to go ahead and make the filing.

The name Zora has a significance to the model, as it refers to Zora Arkus-Duntov, considered by many to be the father of the Corvette (although many others feel the title belongs belongs to Harley Earl). After joining Chevrolet in 1953, Arkus-Duntov pushed hard for the Corvette to get its first V8 engine; this finally happened in 1955, the third year the model was sold on the market.

This change gave the model all it needed to succeed and even become a reference in the segment, and especially to take on the Ford Thunderbird, which debuted in 1955.

During the 1960s, Arkus-Duntov set up the Grand Sport (GS) program. He also tried to convince the top brass at Chevrolet that a mid-engined Corvette was the way to go moving forward, but he was never successful in the convincing.

When he finally left the company in the mid-1970s, the message to his successors was clear: move forward with the project of giving the Corvette a central engine.

Zora Arkus-Duntov never saw his dream come to fruition; he passed away in 1996. Now, over 20 years later, the mid-engined Corvette is about to make its entrance, and it will even carry the man’s name.

We’ll be hearing a lot about the new Corvette over the course of this year, and there will be much tipping of the hat to the man who did so much to advance the idea. By the way, December 25, 2018 marked 109 years since the birth of Zora Arkus-Duntov. 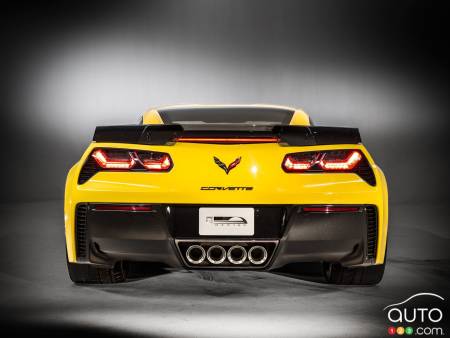 Around 9,000 Chevrolet Corvettes Sitting in US Dealers’ I...

While we await the next-gen C8 Chevrolet Corvette, the current C7 generation is piling up in dealers’ inventories. Currently some 9,000 units are sitting uns...

Hot on the heels of the new 2019 Corvette ZR1, Chevrolet introduced the ZR1 Convertible—the first ZR1 drop-top since the original 1970 model—today at the 201...