When the GMC Sierra pickup truck came in for a facelift last year, many wondered why the multi-function tailgate it was carrying wasn't available with Chevrolet's cousin model, the Silverado.

The tailgate in question, which offers six deployments to serve different needs and is called MultiPro, has been used to date to differentiate the Sierra from Chevrolet's Silverado. However, the GM Authority website has learned from anonymous sources familiar with Chevrolet's plans that the Silverado pickup will soon receive its own version of the feature. At General Motors' (GM) most popular brand, it would be called MultiFlex (or Multi-Flex) - a name that Chevrolet has already registered, as it happens. Initially, it was scheduled to make its debut in the 2021 model year, but the introduction could be delayed until the 2022 model-year due to the pandemic.

Chevrolet's Silverado pickup and GMC's Sierra are virtually identical, so adding the multi-function tailgate to the former will be a relatively simple process. Interestingly, GM Authority mentions that engineers could add a seventh function to the tailgate, but without revealing what that function might be. It's also unclear whether both vehicles would benefit from the added function, or whether it would be offered exclusively on the Chevy model.

Incidentally, the year 2022 will be important for both models as major upgrades are expected, including, potentially, an independent rear suspension. Plans are to upgrade the interior, which is perhaps in most urgent need of modernizing. There’s still a mystery as to whether the Silverado will receive the sturdy carbon-fibre cargo box currently available with the Sierra.

One thing's for sure: if Chevrolet still wants to be a threat to Ford, it will have to make significant changes to its model, especially in light of the fact that a new F-150 is about to make its debut. 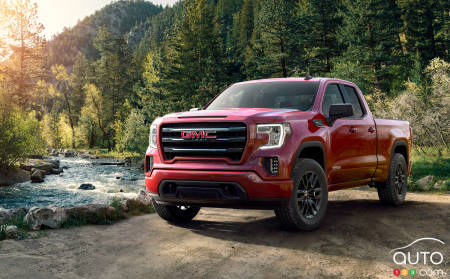 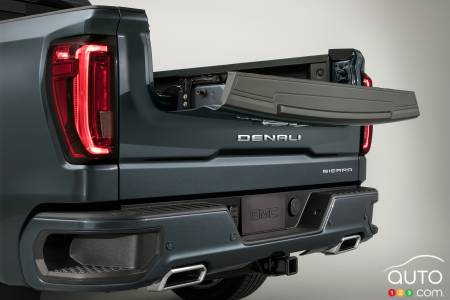 Only One Engine for the next Chevrolet Colorado/GMC Canyon?

When the next-generation Chevrolet Colorado / GMC Canyon duo come along, there will be some big changes under the hood. This is according to a new report by ...