The former is designed to provide the best of two worlds — the open-air driving exhilaration of a standard 370Z Roadster and the racing-inspired style and performance of a 370Z NISMO Coupe. It uses a 350-horsepower 3.7L V6 engine and NISMO-tuned suspension.

As for the Nissan GT-R LM NISMO, which starred in a commercial during the Super Bowl, it is making its world debut in Chicago before heading to France to compete in the 24 Hours of Le Mans endurance race this summer —a first for Nissan in 16 years.

The car was created by a team of carefully selected experts in Japan, the U.S., and Europe. Unlike other LM P1 cars, the GT-R's 3.0L twin-turbo V6 gasoline engine sits in the front of the front-wheel-drive car, while the hybrid power is harvested from the front driveline to augment acceleration.

All signs point to the EXP 10 Speed 6 concept from the 2015 Geneva Auto Show becoming the latest addition to the Bentley lineup. 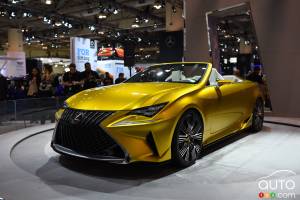 The new Lexus LF-C2 Concept is a luxury roadster/sports coupe in its purest form, the company says. What do you think? 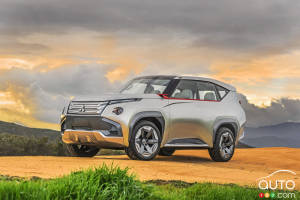