We’ve known for some time that the Chrysler 300 is on life support over at the American automaker. Though it was revised in 2011, we’re talking about a model that in its guts dates back 15 years.

It appears that the official date of death for the model has been identified. Automotive News is among those reporting that the model will disappear in 2020. It hasn’t been easy for the company founded in 1926 by Walter P. Chrysler, and its demise has been rumoured for a few years now. But the sunsetting of the 300 doesn’t mean the end for the Chrysler brand.

On the contrary, the company is planning to develop its Portal concept into a production model. This is a shortened version of the Chrysler Pacifica, and, in sign of the times, it is entirely electric.

If the Portal does make it to market, that would give Chrysler two minivans… but no cars.

Before it drives off into the sunset, the 300 could welcome the Hellcat engine, which of course would signal collectors to spring into action. This has not yet been confirmed by Fiat Chrysler Automobiles (FCA), however. 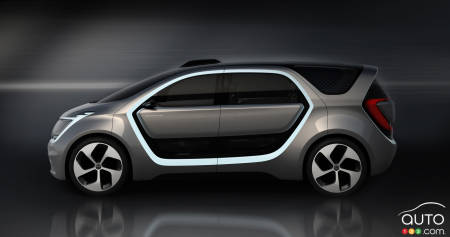 Chrysler introduced soccer moms to the minivan over twenty-five years ago, and now Chrysler is once again leading the people-carrier market with the Chrysler...