The 2021 model-year should bring significant changes to the Pacifica minivan from the FCA (Fiat Chrysler Automobiles) Group. These won’t amount to a complete overhaul of the model, but it will involve a major update. There will certainly be visual esthetics made, but the most important change will be the addition of all-wheel drive.

This comes from the Mopar Insiders website, which reported that FCA asked its designers to take inspiration for the makeover from the third generation of the Town and Country model, launched in 1996, as well as from the Chrysler 300. It’s a safe bet the 2021 Pacifica will look noticeably different than the model it replaces.

The same changes will presumably apply to the Voyager model, which was added to the lineup in 2019 as a stripped-down, more-affordable alternative to the Pacifica. With the Grand Caravan disappearing in 2020, the company will want to have a wholly fresh base model to offer its clientele.

The most intriguing possibility involves the possibility that FCA will deliver to the market a four-wheel-drive competitor for Toyota’s Sienna, currently the only minivan on the market to come with AWD as an option. To do this, the company would borrow Jeep’s plug-in hybrid technology; eAWD integrates an electric motor on the rear axle, which allows for gaining all-wheel drive without a direct connection between the front and rear wheels.

With this kid of system, FCA will be able to continue offering the Stow n Go seating configuration that is a major selling point for its products. Most likely, the setup will also allow drivers to use the Pacifica as an electric front-wheel-drive vehicle over short distances.

No technical details regarding the system are known as of yet. That will most likely change as this coming spring, when the new Pacifica could get unveiled either at the Chicago auto show in February, or the New York show in April. 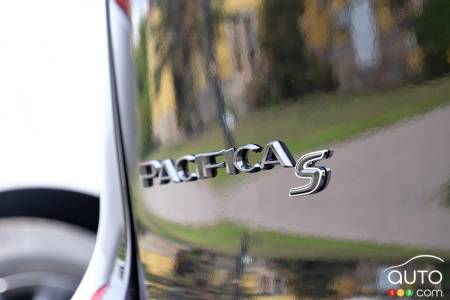