Just in case any crazies out there think Dodge's Challenger isn't bold, aggressive or powerful enough, the automaker has just released images and information on a ridiculous new concept.

It's called the Challenger SRT10, and as the name may lead on, it sees the Dodge Viper engine transplanted into the Challenger's retro-rod heart for a one-off machine of monumental power.


The concept employs a 'shaker' style hood like the old HEMI Cuda, upgraded brakes, suspension and a push-button engine start, also borrowed from the Viper. Power from the 8.4 litre V10 is rated at 600 ponies, backed by over 550 lb.-ft of torque.

Chrysler says the interior boasts sport seats and carbon-fiber accents throughout, and that the entire package proves that the SRT or "Street and Racing Technology" team has one-upped themselves yet again.

Concept photos show that the Challenger SRT10 gets upgraded wheels, quad-tip exhaust, adjustable front air-dam, a new rear spoiler, and the ability to do incredible burnouts. There's no word on the possibility of future production at this time.
photo:Chrysler 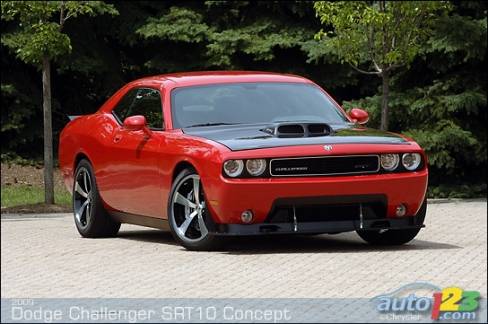 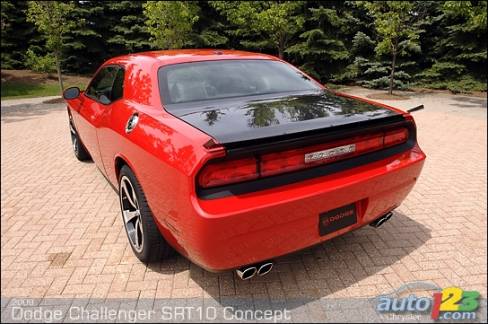 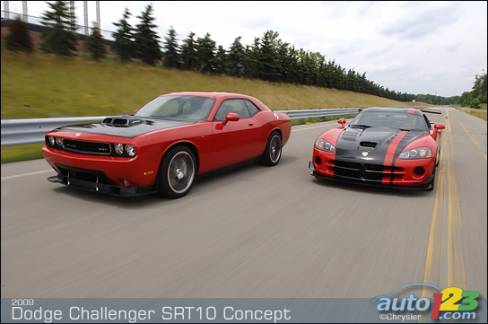 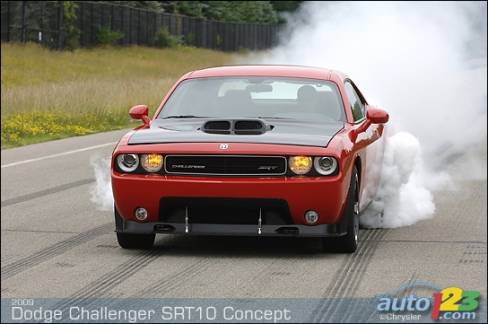 Dodge to display customized Ram and Challenger models at ...

The Specialty Equipment Market Association, or SEMA show, showcases the hottest offerings in a multi-billion dollar a year industry that includes parts and a...