During the month of September just ended, I witnessed two different events on the road that had steam coming out of my ears. Sadly, what happened is all too common an occurrence, and it almost surely won’t be the last. And what was the catalyst of my steaming episodes? The near-total lack of respect among some motorists for speed limits posted in construction zones.

The incidents in question happened in Quebec and on the left coast, in British Columbia. On both occasions, as I made my way through one of the myriad construction zones we encounter so regularly these days, I was passed by a car moving like a bat out of hell. And on both occasions, a road worker in such close proximity that the draft caused by the passing rocket almost knocked him off balance turned to the vehicle in question, incredulous… and helpless.

I’d had enough. Time to climb on my bully pulpit.

What the freak is your rush, speed demons?
For the both of you bright-minded motorists, who deigned not slow down to a reasonable speed when the law demanded it, I have one question: What, exactly, was the emergency? Would toning it down by a lousy few km/h for a lousy few hundred metres really have prevented you from getting through your daily business?

Actually I have another question: Who, exactly, do you think you are? I take it you consider yourself more important than the common mortal. The rules that most of us in society follow must not apply to you… 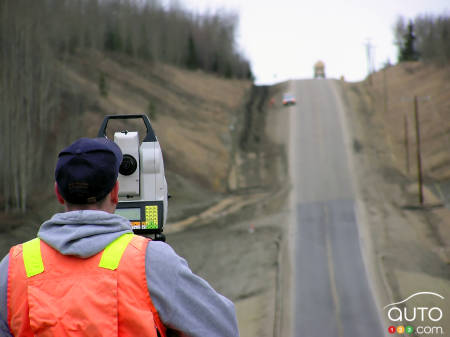 Now let’s be clear. If you’ve had the odd moment of distraction and failed to note and obey the reduced speed limit in a construction zone, I’m not talking to you. I’m talking to you over there, you repeat offender you. It appears from your behavior that the road belongs to you. Um, do you have a deed for that road you can show me?

The example
Now, I, and all of us complainers, need to be honest here. I’m not perfect. I drive at 115 km/h on average on the highway in my home province of Quebec and in most parts of Canada, because it’s tolerated. But I do it when traffic is light; when there are other vehicles around me, I keep a safe distance and I slow down.

Especially in construction zones, I slow down. A lot. And you know what happens? I get honked at. Regularly. I also get tailgated, as yahoos try to send me the message that I’m the danger on the road and not them.

Where in blazes are you headed for you to be in such a rush? To the hospital with your wife who’s gone into labour? Short of that, what could be so damned important? 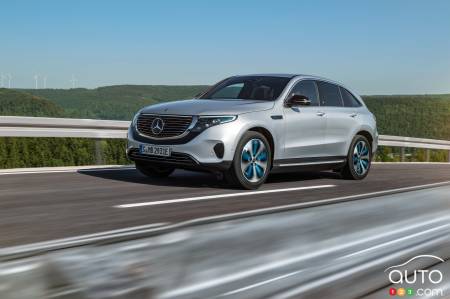 Workers (you know, human beings)
Do you know people who work in road construction zones? I don’t, but still I try to treat them as if I do. Even, as if they were members of the family.

They probably have families too, who want them to come home in one piece after their daily shift.

So here’s the deal: on approaching a construction zone, with plenty of warning, the speed limit goes from 100 or 110 km/h (depending on the province) to 70, maybe 80 km/h. So. Just. Let. Up. On. The. Accelerator. Workers in those zones deserve our basic respect, the same basic respect we all expect to receive from others. 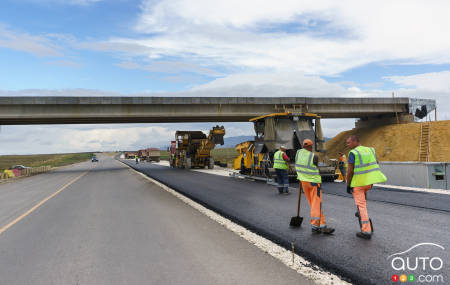 The solutions
It’s not like there aren’t solutions in place to cure this form of driving madness. Legislators have in recent years increased fines for speeding and other infractions committed in construction zones, and that’s a good start.

An increased police presence would and does also help calm the ardours of Lewis-Hamilton-wannabies. It seems to me that a patrol car parked visibly in the vicinity of a work zone would do a lot more to improve safety than one hidden in a speed trap to nab a driver doing 121 km/h on a straight stretch of highway.

The other evident solution involves education. For instance, if you have kids, what better way to show a good example than slowing down on approaching a construction zone? Children have this crazy mania for imitating what their parents do.

One other solution comes in the form of a suggestion to government bodies in charge of these things: improve signaling. The first warning of a construction zone ahead could and should, it seems to me, come first at 10 km out, then again at 5 km out. Drivers could be warned that the speed limit is reduced in another 3 km, then another 2, then another 1. Another useful tool would be those speed indicators we see most often on residential streets, which would have a dissuasive effect as well. The more steps taken the better…

And of course, as with so many things that involve potential risk, people have a great tool within them that they can use at all times, free of charge. It’s called common sense. 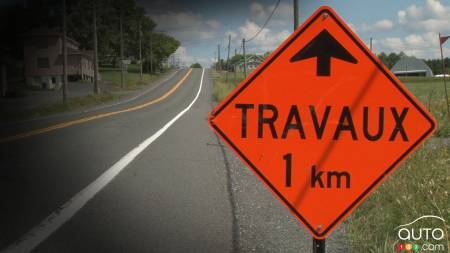 I realize I’m on a haranguing rant, and for that I apologize. We live in a free country and people are free to do what they want. However, when that means putting other people’s lives in danger – mine, for example! – I say your total freedom ends!

A last thought. I imagine no one, but no one, wants to live the rest of their lives with the knowledge they were responsible for the death of a road worker. Because they couldn’t bring themselves to lift their foot off the gas a little bit. Because they had to get home 10 minutes sooner.

What a nightmarish possibility. And so I slow down.

Hyundai Canada teamed up with the Ipsos firm to survey Canadian motorists who are parents about their safety concerns while out on the road. Many worry about...