General Motors announced this week that large-scale production of ventilators at its refitted parts plant is now underway. The life-saving units will help patients with severe complications brought on by COVID-19. The auto giant expects to deliver the first units to the U.S. government later this month.

Last week, the U.S. Department of Health and Human Services (HHS) awarded General Motors a $489.4 million contract to build 30,000 ventilators by the end of August.

GM is making the ventilators in collaboration with Ventec Life Systems, and says it will be able to deliver 600 units before April is out.

The company added that it expects to have 15,000 units built by the end of June, and is on target to fulfill the full order by the end of August. 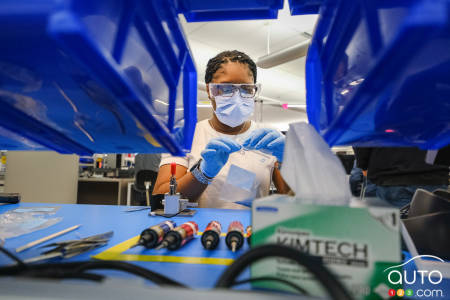 Photo: General Motors
Production of the ventilators is underway at GM

The news was greeted warmly by the Trump Administration, which just a couple of weeks ago had accused the automaker of dragging its feet in developing a ventilator it could build at scale.

President Donald Trump criticized GM CEO Mary Barra for having taken too long to start building the ventilator. At the time, sources familiar with the case told Bloomberg that the company and Ventec were waiting for certain information from the U.S. government, for instance how many ventilators they would be required to make. HHS later awarded GM the first government contract to manufacture ventilators.

General Motors succeeded in retrofitting one of its automotive parts plants to be able to produce ventilators in just one month, which is an impressive feat. 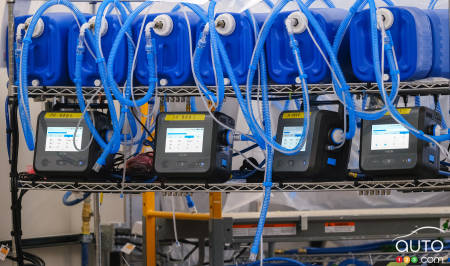 GM Says It Will Stop Selling Gasoline-Powered Vehicles By...

GM has announced that it will no longer sell gasoline- or diesel-powered vehicles as of 2035. The plan is ambitious, but between now and then sit 14 years, a...