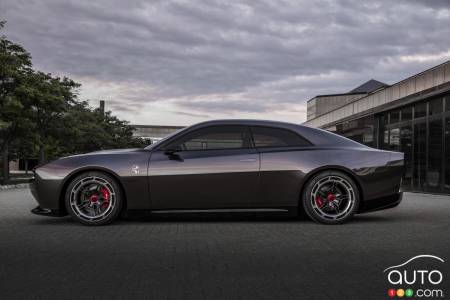 It's been a big week at Dodge as the announcements keep coming as part of Dodge Speed Week in Michigan. After confirming a Challenger convertible for 2023 and unveiling the new Hornet SUV, the company has now presented, in concept form, its first electric muscle car.

We already knew that the Charger and Challenger models would be in their final year next year and that they would be replaced by an electric version in 2024. Now we get our first look at the model in the form of the Charger Daytona SRT concept.

And as you'll see, keeping the Dodge spirit and the desire to make the muscle car experience different remained at the heart of the designers' priorities, so the prototype offers some interesting new features. 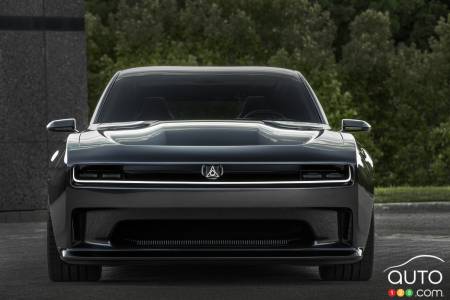 The base
Not everything has been revealed regarding the powertrain underpinning what is at this stage still just a design study, but we do know that its electric architecture will be 800 volts, which is double the current standard, although other vehicles using an 800-volt structure, including the Porsche Taycan and Audi e-tron GT, as well as the Hyundai Ioniq 5 and Kia EV6 duo, are already on the market.

This format allows for better cooling and especially faster charging. Amusingly, the structure gets the name "Banshee", a name that almost saw the light of day at Pontiac in the 60s (a sports coupe concept had used it).

All-wheel drive will be standard on this model, which Dodge claims is more powerful than the V8 Hellcat versions it offers. This will surely please performance enthusiasts. Remember that the Hellcat’s output is at least 707 hp.

The innovations
However, in addition to the raw power and the fact that it will be produced via electricity, Dodge will propose elements designed to help reproduce the sensations delivered by a gas-powered muscle car. For example, the model will be equipped with a multi-speed transmission, so we're guessing that means electronic gear changes that will reproduce familiar sensations. Details are still to come.

However, the most intriguing part is the technology identified as “Fratzonic”, the mission of which is to reproduce, thanks to the presence of an exhaust chamber, the sound that characterizes a Dodge muscle car. We’re talking about 126 decibels, which is pretty in-your-face. The name comes from the word Fratzog, a nickname given to the logo that appeared on the brand's muscle cars back in the day.

Finally, Dodge also talks about the presence of a front opening called R-Wing. This aerodynamic distinction is intended to improve downforce. 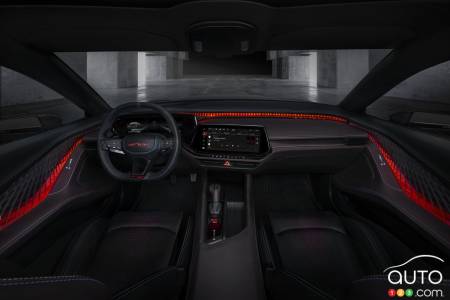 As for the style, we see an evolution of the Charger and Challenger designs, but nothing radical - it was obviously important for Dodge not to make too big a break from the past.

However, we note the presence of a rear hatch, indicating at least some practicality for the model which can accommodate a second row bench that folds flat to offer meaningful cargo space.

All of this is promising, of course, but the true test will come when folks get behind the wheel and determine if this electric muscle car succeeds in taking the concept to a new era.

Before then, expect more information to be shared by Dodge between now and the time of its official presentation in the form of a real live car. 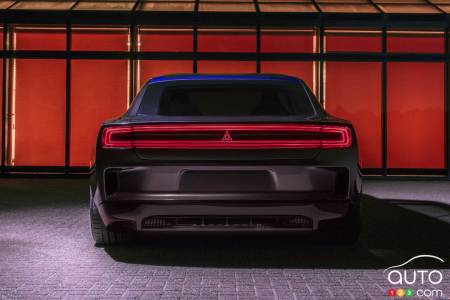 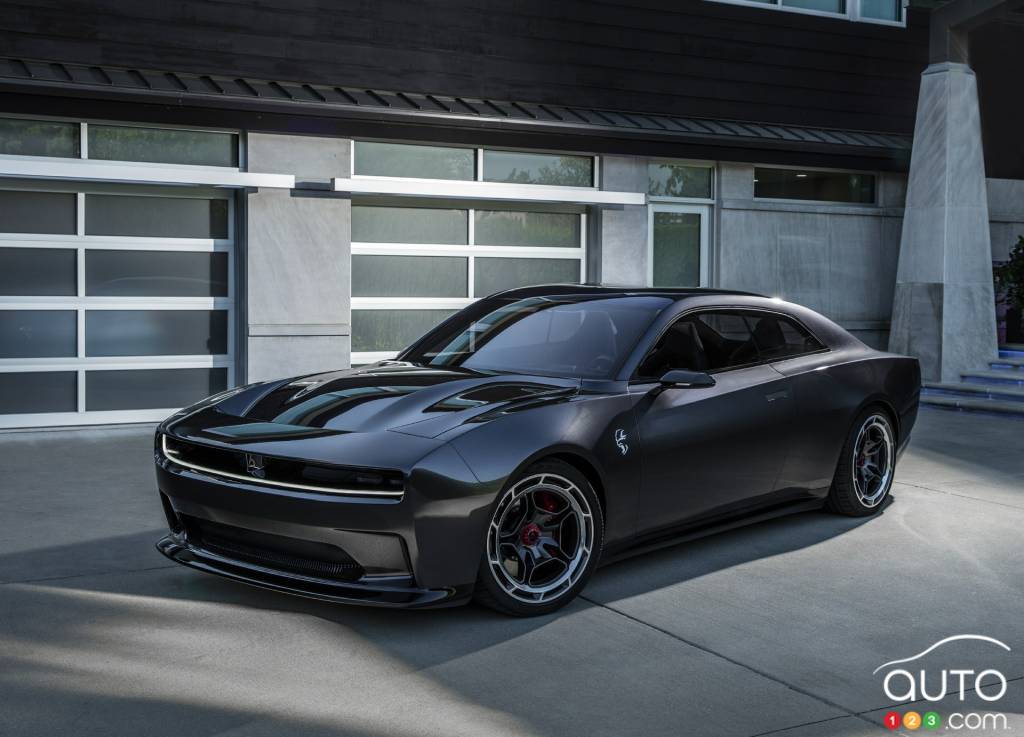 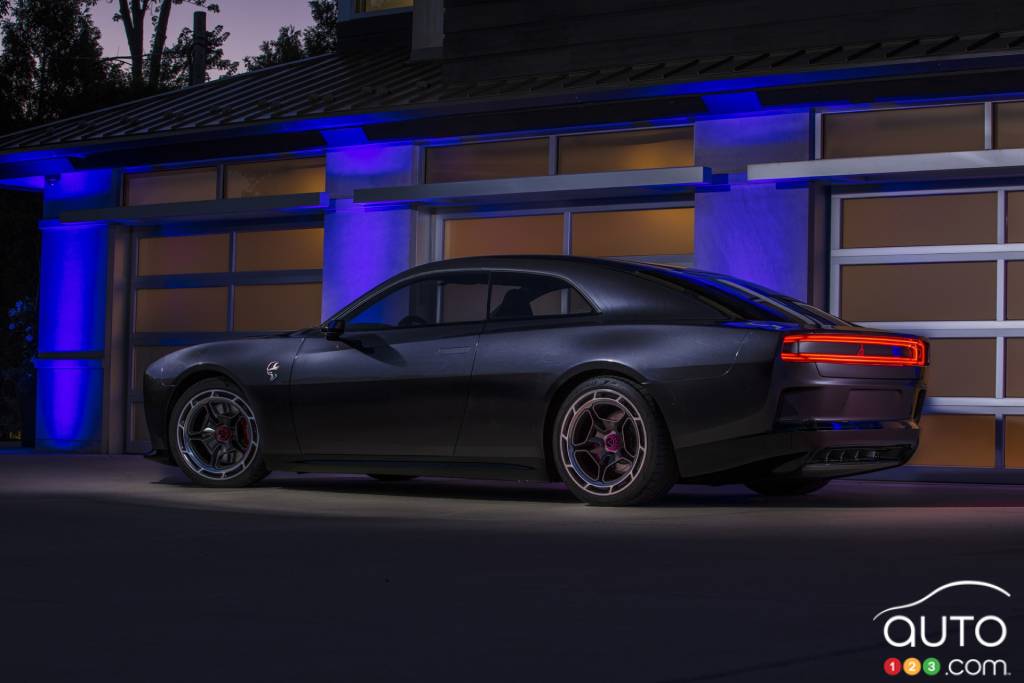 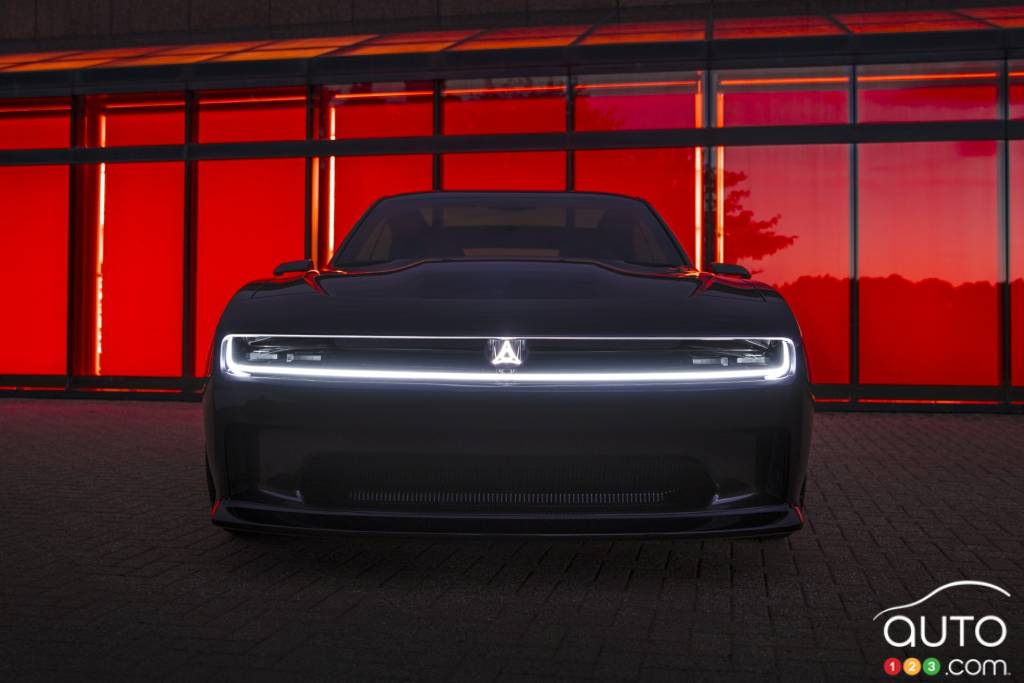 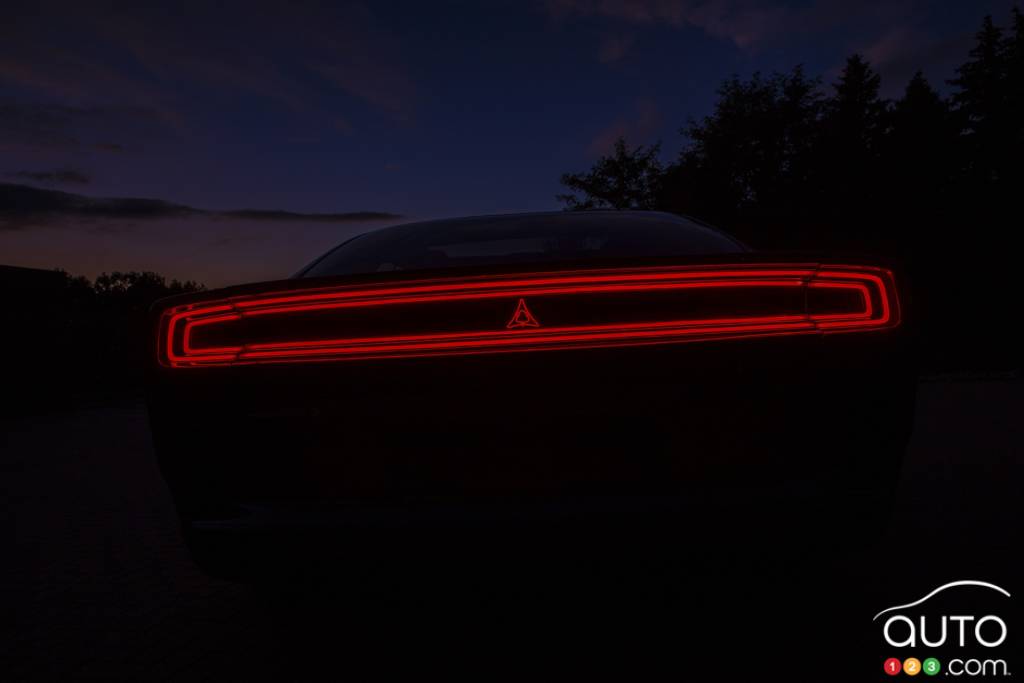