Rumours are a dime a dozen in the automotive world. Sometimes they’re worth the grain of salt they should taken with, but sometimes they’re pretty credible and we can (almost) take them to the bank. Other times we’re in the realm of pure speculation, but could be getting close to the mark.

To crank out yet another cliché, where there’s smoke, there’s usually fire…

Here we have CAR magazine reporting that the next XJ sedan from Jaguar will be built on a new platform designed exclusively for hybrid and electric vehicles. The car would inherit many components from the I-PACE electric SUV, but in a more performance-oriented package.

The architecture is called MLA (Modular Longitudinal Architecture), and it will also be used for the new  Land Rover Defender, plus possibly another Land Rover model that would not be an SUV.

The XJ would retain its hatchback configuration, according to CAR magazine. 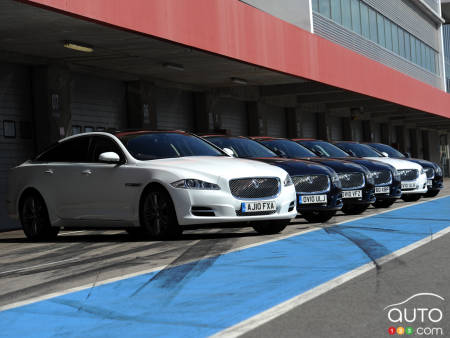 As for the hardware, the report mentions a battery pack with a capacity that climbs from 90 to 100 kWh. An electric motor would be present on each wheel, instead of the current two (one for each axle).

Each of those motors could have an output of 200 hp, and total torque could hit the 1,000 lb-ft mark. If that’s the case, we’ll be dealing with quite a monster of a machine.

The I-PACE SUV currently gets 394 hp and 512 lb-ft of torque from its electric powertrain.

This, as we said, is still just rumour - Jaguar has confirmed nothing about this.

On the other hand, we do know that the Jaguar has publicly committed to electrifying all of its vehicles in some form or other for the 2020 model-year.

The XJ would certainly make a statement for the company. And with such a feast of power and torque at its disposal, the statement would be heard loud and clear.