The next generation of the Chevrolet Silverado/GMC Canyon combo is expected around 2022-2023. When the models come along, there could be significant changes under the hood.

According to a new report by Muscle Cars and Trucks magazine, the three existing powertrains that serve the model are all set to be cast off. While the departure the base 2.5L 4-cylinder engine (200 hp and 191 lb-ft of torque) wouldn’t constitute a surprise, not so in the case of the 3.6L V6. That engine is actually very well suited to today's GM products with its 308 hp and 275 lb-ft of torque.

The same fate would be reserved for the Duramax diesel engine, a 2.8L 4-cylinder unit delivering 186 hp and 369 lb-ft of torque.

According to Muscle Cars and Trucks, the next generation will inherit GM's 2.7L, turbocharged 4-cylinder engine, a unit already in service in the full-size Silverado and Sierra models from Chevrolet and GMC respectively. For comparison purposes, that powerplant generates 310 hp and 348 lb-ft of torque working in conjunction with a 10-speed automatic transmission.

When the new-generation trucks launch, they will built on an evolution of the current architecture called 31XX-2 (versions currently on the market are mounted on the 31XX platform). The new bases will serve to harmonize the various versions of the models offered around the world, making them almost identical in all markets where they are sold, including Australia and Thailand.

Note that those currently offered worldwide also benefit from the same platform, but the advanced versions in Canada and the United States have several significant variations compared to their international counterparts. 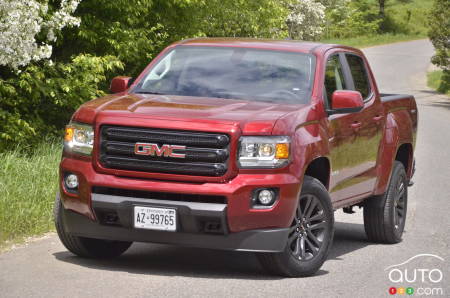 GM's small pickup trucks are heading into 2009 with a slew of new or updated features. Most notable among them is the availability of the automaker's 5.3 lit...