European consumers will soon have additional regulations affecting the new vehicles they purchase. EU authorities have passed a law that makes speed-limiting technology and a black box mandatory with every new vehicle.

Unsurprisingly, the measure is already causing reactions that are, let’s say, lively. Many are decrying the imposition of new restrictions and the curtailing of yet more individual freedoms. That said, as always, there are nuances to the new regulations.

The technology for speed control will be able to take many forms. According to regulators, the idea is that the system will calculate the posted speed limit by analyzing data from the navigation system or data sent by traffic sign recognition technology.

If it detects speeding, it will respond in one of four ways: provide a visual or audible warning to the driver, emit a series of vibrations (steering wheel, seats, etc.), provide haptic feedback through the accelerator pedal, or automatically slow the car down to the speed limit.

Manufacturers are free to choose the approach they want to get to the end result. 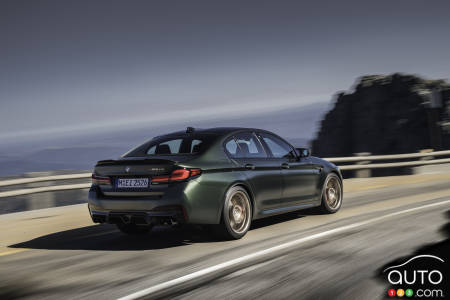 At first glance, it all sounds very overbearing. Fortunately, in this system the driver can counteract the car’s responses simply by stepping on the accelerator pedal. That’s of course because sometimes, in order to avoid a dangerous situation on the road, a quick acceleration may be needed, to the point of surpassing permitted speed limit. It’s also simple reality that on certain roads, respecting the posted limits turns drivers into a public danger in the eyes of other motorists.

For now, it’s not clear what will constitute speeding so that the system gets triggered. Is it 10 km/h above the limit? 20 km/h? 2 km/h?

Another possible hiccup arises from a circumstance most drivers will have noticed when traveling on a highway, which is the car’ system picking up the speed limit signs meant for… the service road running alongside. The idea of a vehicle mistakenly slowing down to 70 km/h on a highway with all other traffic moving at 110 km/h is, well, not reassuring.

Clearly, there are many aspects still to be ironed out.

As for the black box also being made mandatory, it’s a device that will record and save data such as the speed of the car, engine speed, pressure on the brake and gas pedal pedals, the force of an impact and whether occupants were wearing seat belts. In the event of an accident, the data going back 30 seconds before and 10 seconds after will be stored in the box.

The objective here is obviously to provide information to law enforcement, for example to determine the circumstances of certain accidents and also to compile data that could eventually be used to improve safety. This last measure seems destined for a less-controversial reception.

Not so with the speed limiter, but it should be remembered the goal isn’t to encourage delinquency but improve safety. That said, the question of when intrusive technologies become too intrusive is a legitimate one.

Note that there are equivalent regulations imminent in North America, but it’s safe to say that authorities here will watching how things unfold in Europe. 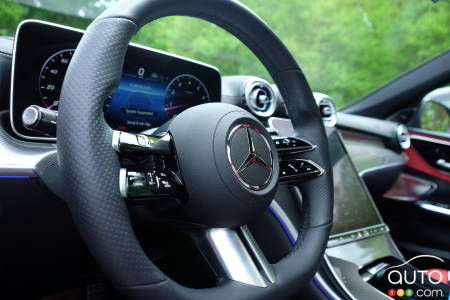 As the geese start to head south, we know what’s coming: the season of snow, ice, cold and slush, of skiing, snowboarding, pond hockey and frozen toes. And s...