Rumours have been circulating for years that the Dakota nameplate is set to return to the FCA Group lineup of pickups. Recently, Fiat Chrysler Automobiles took a step that only stoked those rumours furthers, as the company filed a trademark request for the Dakota name with the U.S. patent office. The request was made on April 29.

The filing was unearthed by Motor Trend magazine.

We’ve mentioned before that these types of trademark filings don’t necessarily mean the company filing is on the verge of producing a vehicle carrying the name. Automakers routinely make these requests simply to keep a name under their control. In the case of the Dakota there’s another possible reason for the filing: the Mopar division still sells components for older-generation Dakota trucks, so this could in itself explain the filing.

Still, it’s not out of the question a reborn Dakota could be among us soon. A number of FCA’s rivals have been successful in introducing midsize pickups into the market, including Chevrolet and Toyota but also Ford and Nissan. FCA itself actually now has a midsize truck in its product offering, the Jeep Gladiator. 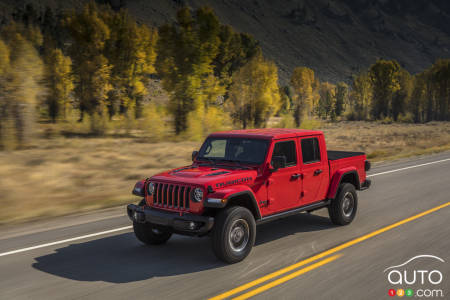 It’s worth remembering that in its final years, the Dakota was sold under the Ram banner. And in any case, given the pricing attached to the Gladiator, there’s room for a more affordable midsize truck in the company’s lineup.

Mike Manley, head of the FCA Group, has in the past alluded to a new midsize pickup that would complement the Jeep Gladiator. Given the profit margins companies enjoy with these products, we wouldn’t be at all surprised to see a new Dakota hit the market at some point. 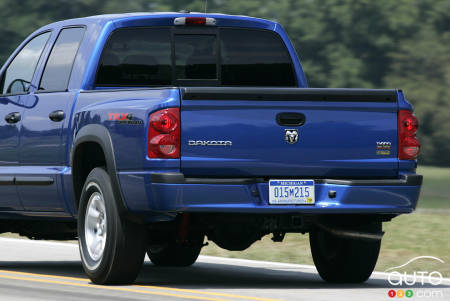 For the umpteenth time, Ram says it's thinking of bringing a mid-size pickup back to its roster. Will this time be the charm?

Ram May Have Settled on a Name for its Future Electric Pi...

Ram recently filed an application to reserve a name with the US Patent Office, and the name has an obvious destination. The name Ram Revolution could be used...

Ram Dakota: Not Happening For Now

The rumours pointing to the return of the Dakota nameplate have turned out to be just… rumours. Though while the idea is not a top priority for Stellantis, t...