The FCA Group (Fiat-Chrysler Automobiles) has just issued a recall of close to 83,000 Jeep Cherokee models equipped with a 3.6L V6 engine, this after identifying a problem with the transmission by which the engine could shift into neutral without warning.

FCA spokesperson Eric Mayne told Automotive News that the campaign was aimed at 2014 model-yer Jeep Cherokee SUVs. That edition marked the model’s first on its much-publicized return to the market.

According to Jeep, the problem came to light thanks to customer feedback, which led the company to look into a possible issue with the Cherokee’s transmission. Its investigation confirmed that one of the components that manages the fluidity of the transmission liquid was prone to malfunctioning. In that case, the transmission could slip into neutral, obviously increasing the risk of an accident.

FCA says it is not aware of any accidents or injuries that have arisen as a result of the problem.

The company also says that owners of the vehicles affected y the recall will be notified when the repair can be carried out. 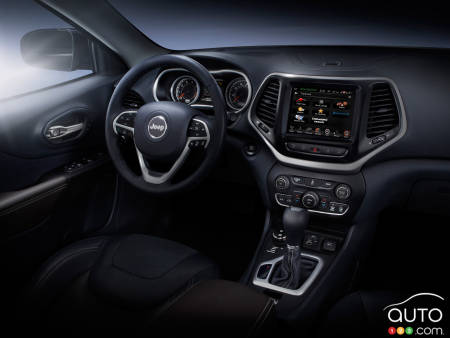 FCA is recalling 13,569 Jeep Cherokees in Canada due to an issue with their transmission. The defect can lead to two problems; the vehicle could lose tractio...

A problem with a fuel tube that could fissure and lead to a fire has prompted FCA (Fiat Chrysler Automobiles) to issue a voluntary recall of some 2018 Jeep C...