The possibility of an FCA-Renault merger raised in the last few weeks has turned into a saga with Games of Thrones-worthy twists and turns. Fiat Chrysler Automobiles’ offer to Renault was accepted with relatively open arms by the French automaker, and for a while a deal seemed all but assured. But other parties with skin in the game, notably the French government and current Renault alliance partner Nissan, made their concerns clear, creating a complex situation with many moving parts.

To the point where FCA pulled its offer off the table last week.

But it seems the possibility of a deal remains. Nissan, for one, is indicating a desire to find grounds for an agreement. The Japanese automaker has decided there could be benefits arising from an FCA-Renault merger, and that it has leverage it intends to use to ensure its interests are protected. Nissan’s main priority is renegotiating the terms of its partnership with the French company and getting it to relinquish a portion of its 43.4% ownership stake in the Japanese manufacturer.

Leverage, as mentioned. Rumours are that the negotiations are intense, and that Nissan’s nod of approval is desired. Recall that back in 1999 the Japanese automaker was saved from bankruptcy by Renault, but that it has outgrown its benefactor in recent years. 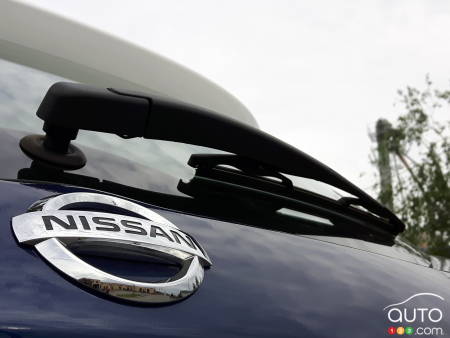 Nissan, unsurprisingly, wants greater independence. The question is, will Renault accede to its request? The French government, which owns 15% of Renault, is obviously keen on the company holding on to its assets. At the same time, if Renault cedes too much to Nissan, it becomes a less-attractive proposition for FCA, which sees Nissan as an important component of a merged FCA-Renault entity.

As we said, many moving parts, and many competing interests.

Still according to anonymous sources, FCA president John Elkann and Renault boss Jean-Dominique Senard have met several times since FCA pulled its offer officially on June 6. Discussions are apparently progressing well, but no party involved is making any official declarations at the moment, unsurprisingly.

A source who spoke to Reuters news agency took care to mention that if an agreement were to be hammered out, it would come in the next few weeks and not months from now.

We fully expect a few more twists and turns before this story is fully told. Stay tuned.

Renault Looking to Merge With Nissan, Then Acquire FCA?

Renault is hoping to effect a merger with Nissan and then acquire the FCA Group, according to a new report by the Financial Times. For the moment no one is c...