While GM has announced it is closing down factories, and Ford had given details about personnel changes at its plants, the FCA (Fiat Chrysler Automobiles) Group is planning to open a new production facility in the Detroit region, according to reports.

Although, the plant won’t be “new”, exactly. The company will repurpose its Mack Avenue Engine II plant that has been idle since 2012. Once renovated and refitted, it will serve to build the three-row version of the Jeep Grand Cherokee, scheduled to go to market in 2021.

Currently FCA builds the two-row Grand Cherokee at its Jefferson North factory, located literally across the street from the old engine plant to be revived. According to The Detroit News, moving production to the Mack Avenue Engine II plant will allow the company to refit the Jefferson North facility so that it’s ready for the next-generation Jeep Grand Cherokee. And at that point both two-row and three-row editions of the model will be assembled there.

The two buildings sit around 10 minutes or so from downtown Detroit.

FCA is expected to make an official announcement on Friday. 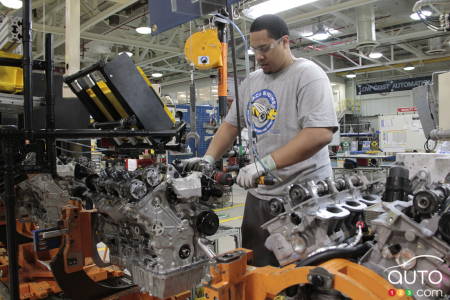