To mark the 30th anniversary since the first Grand Cherokee appeared in 1992, Jeep has unveiled in Detroit a special edition of the 4xe plug-in hybrid variant of the model, name,d appropriately enough, the 2023 Jeep Grand Cherokee 4xe 30th Anniversary Edition.

It’s actually a package that can be added to the Grand Cherokee’s 4xe PHEV variant. The cost for U.S. buyers is $4,700, but Canadian pricing remains to be announced (along with date of availability).

To recap the SUV’s 4xe details: the model comes with a turbocharged 2.0L 4-cylinder gas engine with two electric motors for an output of 375 hp and 470 lb-ft of torque; estimated range on all-electric power is 42 km. It comes standard with the 4×4 Selec-Terrain traction management system, which gives drivers the option of five terrain modes: Auto, Sport, Rock, Snow, Mud/Sand. 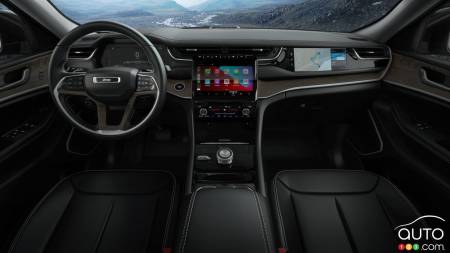 Inside, the seats are upgraded versions of the model’s black leather-covered seats, the front seats are ventilated, and other distinct features include a 9-speaker Alpine audio system, Uconnect 5 system accessed on a 10.1-inch touchscreen, wireless Apple CarPlay and Android Auto, navigation with 3D graphics and a wireless smartphone charging pad. 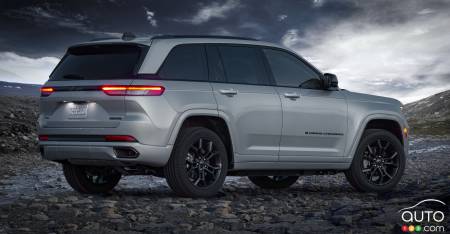 Jeep Canada has confirmed pricing for the 2022 Grand Cherokee 4xe plug-in variant, and hold on to your hats: the bidding starts at almost $75,000 and tops ou...

This morning at the Detroit Auto Show, Chevrolet introduced the RST Performance version that will accompany the 2023 Tahoe. Here are the details.