The Canadian auto industry received some needed good news yesterday when it learned that the Fiat Chrysler Automobiles (FCA) Group will invest between $1.35 and $1.5 billion in its Windsor, Ontario assembly plant to build electric vehicles.

The news came as part of an interim agreement with Canadian auto workers (Unifor), announced by the union’s national president Jerry Dias on Thursday.

The auto union said FCA will invest in the development of an advanced vehicle platform that will allow for the assembly of plug-in hybrid and all-electric vehicles, and that at least one new model will be available by 2025.

The agreement comes less than a month after Unifor said Ford committed to investing $1.46 billion in its Oakville and Windsor plants.

The Unifor boss added that the union expects FCA to extend the life of the Chrysler 300, as well as introduce a number of Dodge Charger and Challenger variants. 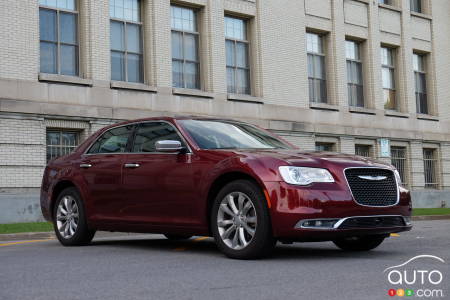 On Thursday, Market forecasting firm LMC Automotive predicted that, in the wake of the ongoing pandemic, U.S. vehicle sales won’t recover to the levels of 2019 (when they amounted to 17 million units sold) until 2024.

Meetings to ratify the agreement between the union and the FCA group will be held over the weekend and members will vote on accepting or rejecting it on Sunday.

Unifor is then expected to begin negotiations with General Motors' Canadian division next week.