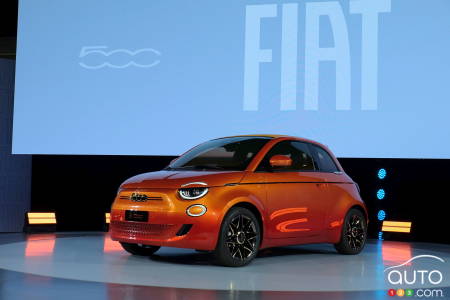 •    Fiat has announced the return of the 500 to North America, this time in all-electric form as the 500e.

•    An electric version of the 500 was previously offered in the U.S., but not in Canada.

•    Two factors will go a long way to determining the fate of the Fiat 500e here: price point and range.

Los Angeles, CA - The Fiat 500 never did as well as its maker hoped in North America, and that's due to a number of factors, including poor reliability when the model first came to market. The model has since been retired, of course, and in fact, the Fiat lineup is threadbare at the moment.

Its only chance of survival is through electrification, and sure enough, Fiat was at the Los Angeles Auto Show to announce the return of the 500 sub-compact to North America, only this time in electrified form as the 500e.

Note that an electric version was previously marketed in the United States, but not in Canada. At the time, it was reported that the company was losing around $14,000 on the sale of each of those 500 EVs. Unsurprisingly, the model didn’t stay in the lineup for long.

Is this time the charm? Stellantis seems to think so; it was Olivier François himself, Fiat's top boss, who confirmed the model's return at the Los Angeles Auto Show. The Fiat 500e will be part of the brand's expansion strategy outside Europe. Here in Canada, the model is expected in early 2024.

"Since 1899, FIAT has played a role in the development of mobility, not only by delivering vehicles to the masses, but also by pursuing a social mission and riding the wave of “what comes next”…  The new 500e is more than a car, it's a social project to feed America's appetite for change toward sustainable mobility... From a corporate perspective, we need to break new ground and it will be a privilege for our new 500 to contribute to the change. On a human level: it's a commitment to take customers into the future of mobility... again.” 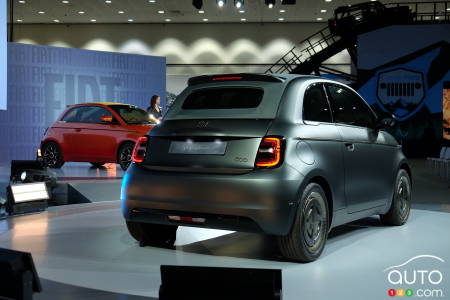 The official presentation of the Fiat 500e coming North America is scheduled for the Los Angeles Auto Show... next year. However, Fiat brought along special editions of the model for this year’s announcement. The three models borrow themes embodying the three souls of the Fiat 500e: sustainable design, sustainable fashion and sustainable luxury.

For the rest, we'll have to see next year what the North American version ultimately offers. The range and especially the price point will play a big role in determining if the Fiat 500e has a chance of survival here. 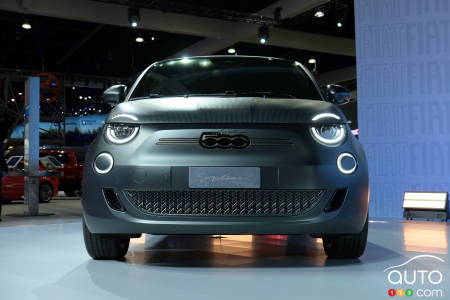 The Genesis X Convertible concept turned heads at the Los Angeles Auto Show this week, including Auto123’s. Sadly, despite the spectacular lines of this conv...

Kia presented the revised 2024 Seltos for North America at the Los Angeles Auto Show yesterday, right on cue as the model enters its fourth year of existence...