Ford has added 270,000 vehicles to an existing recall issued for a defective component that can cause the gear shifter cable to give way and allow the vehicle to roll away. The recall was originally issued in 2018.

The models added to the recall campaign are 2013-to-2016 Ford Fusion models equipped with a 2.5L 4-cylinder engine.

Ford recommends that, until owners can bring their vehicle in to have the problem fixed, they always use the handbrake when the vehicle is at a stop.

The issue
Ford explains that a bushing connecting the gear shifter cable to the transmission can degrade and lead to the cable detaching from the unit. If that occurs, the car could roll away even when the car is shifted into park.

According to the company, one injury has been reported in connection with this issue, as well as three cases of damage to vehicles or property. Ford engineers are currently working on a solution to the problem. 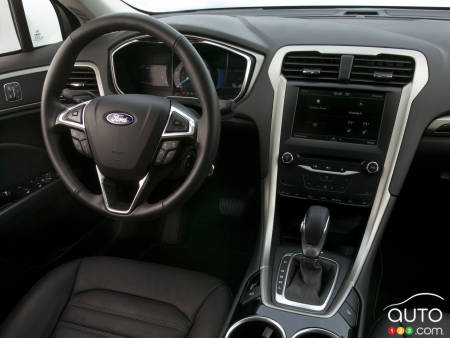 Ford will contact owners of affected vehicles once a repair solution has been found. Those who had their vehicle repaired under the previous recall are not affected by the new one.