Ford has announced a new recall affecting 2.2 million 2011-to-2016 model-year vehicles because of faulty door latches. A component within the door-latch system could break, which in turn could prevent the door from shutting properly. Drivers may have the impression a door is safely closed when in fact it isn’t, creating a risk of it opening when the vehicle is in motion.

The recall covers a wide range of Ford and Lincoln models and targets vehicles previously recalled in 2015 and 206 over the same issue. In those cases, the fault components may not have been replaced, or the repair was carried out improperly.

Ford of Canada has confirmed to Auto123 that no vehicles north of the border are affected by the recall. Nothing stops Canadian owners from checking their vehicle themselves, however, especially since if you own one of the vehicles identified above, your vehicle was included in the 2015 recalls. 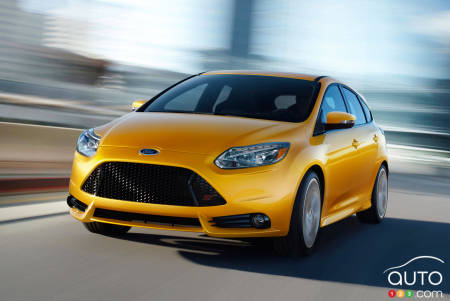 Ford is Recalling Around 400 Focus Models in Canada

Ford is issuing a recall of around 58,000 Focus cars, including some 400 in Canada. Some vehicles recalled in 2018 over a fuel-management issue did not get p...