Ford announced on Tuesday that its North American facilities will remain closed beyond March 30, when it had originally planned to restart production, due of course to the continuing devastation caused by the coronavirus pandemic.

Recall that last week, at the urging of the Union of Automobile Workers (UAW) and in conjunction with General Motors (GM) and Fiat Chrysler Automobiles (FCA), the automaker agreed to close its plants in the United States, Mexico and Canada until March 30.

Since that decision, a number of U.S. states where Ford has plants, including Michigan, have ordered residents to remain in their homes, except for essential workers. Ontario, where Ford has an assembly plant and some factories producing engines, has also ordered people to stay home as of today.

Until further notice
At this point in time, no date has been put given regarding a restart of operations. 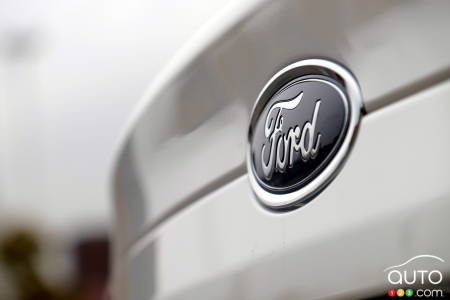 Michigan and at least 15 other U.S. states, as well as Ontario, have instituted stay-at-home orders. In Michigan, the order extends until April 13. At the time of writing, 50% of the U.S. population has been ordered to shut itself in at home.

"We are assessing various options and working with union leaders — including the United Auto Workers and Unifor — on the optimal timing for resuming vehicle production, keeping the well-being of our work force top of mind."

For now, General Motors is maintaining its plan to suspend production until at least March 30, said company spokesman David Barnas. "The production status will be reassessed weekly after that," he said.

Ford CEO Jim Hackett, speaking on Tuesday on CBS This Morning, said the automaker wants to make sure its workers stay healthy first.

"What we're trying to do is get through this quarantine period where everyone has a job and then, on the other side, quickly rebuild demand. We're working really closely with the UAW and there's an agreement that when it's time to go back to work, everyone's going to go back to work."

Hackett believes the situation could last until early May.