Ford gives a first look at its long-promised all-electric Mustang: meet the Mustang Cobra Jet 1400, all 1400-hp of it.

The automobile industry may be at a near-standstill, that doesn’t prevent certain projects from moving forward, even coming to completion. At Ford, the long-promised ultra-powerful electric Mustang is one of them, and the company has just presented it... virtually.

The prototype, which takes the name Mustang Cobra Jet 1400, is powered by a battery that delivers a jaw-dropping 1,400 hp and 1,100 lb-ft of torque. The all-electric concept was designed to demonstrate how an electric powertrain could meet the performance needs of the racing world, more specifically that of drag racing.

And what does it do? It give a stunning result in the ultimate test by which all pure-speed cars are measured:  the quarter mile. Best times for that yardstick during the heyday of muscle cars were around 13 seconds, but modern exotic cars have managed to lower that to under 10 seconds. We're talking about the likes of the Lamborghini Avantador, MacLaren P1, Bugatti Veyron and... yes, the Dodge Challenger Demon. That car ripped the quarter-mile distance in 9.65 seconds, with a top speed of 140 mph (225 km/h).

Photo: Ford
The Mustang Cobra Jet 1400, on the track

As it happens, the current record for cars (Top Fuel Class) with an electric motor was set by legendary drag racer Don Garlits, now 87 years young, just last December. His quarter-mile time was 7.235 seconds with a top speed of 189.04 miles per hour (304 km/h).

Ford's prototype is almost there, without benefiting from the aerodynamics and reduced weight of a drag-racer.

“Ford has always used motorsport to demonstrate innovation. Electric powertrains give us a completely new kind of performance and the all-electric Cobra Jet 1400 is one example of pushing new technology to the absolute limit. We’re excited to showcase what’s possible in an exciting year when we also have the all-electric Mustang Mach-E joining the Mustang family.” 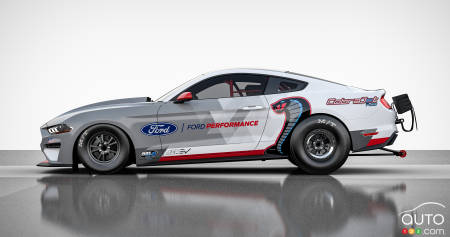 Incidentally, the Mustang Cobra Jet 1400 is named in homage to the original Cobra Jet, a model that ravaged drag strips in the late 1960s.

"This project was a challenge for all of us at Ford Performance, but a challenge we loved jumping into. We saw the Cobra Jet 1400 project as an opportunity to start developing electric powertrains in a race car package that we already had a lot of experience with, so we had performance benchmarks we wanted to match and beat right now. This has been a fantastic project to work on, and we hope the first of many coming from our team at Ford Performance Motorsports." 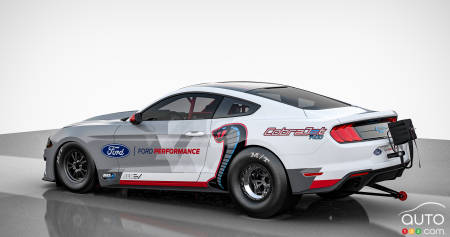 The Ford Performance division is still working on the development of the car and a more official unveiling is planned for later this year. The global situation permitting, the event will take place during drag-racing event.

Clearly, the days when electric cars were roundly dismissed for the lack of excitement they delivered are coming to an end.  There might be a lot of changed minds once people start to park themselves inside an electric-powered Mustang. 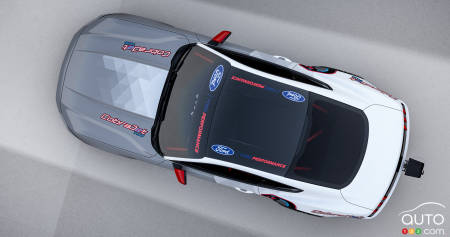