Last December, less than two months after the Mustang Mach-E was unveiled at the Los Angeles Auto Show, Ford announced that the First Edition versions of its new electric SUV were already reserved and spoken for.

To those that missed out, it was better luck next time.

Next time might be now, however. This week the manufacturer, which had to deal with a large contingent of disappointed customers last December, announced that other "first editions" will be offered to the public.

How many? No idea, Ford isn’t saying. But then, the initial number of First Edition units had also been kept secret at the end of 2019.

Read on, however, before you head for Ford’s website to reserve your Mustang Mach-E. Where it gets a little weird is that the way of offering these new units is not conventional. 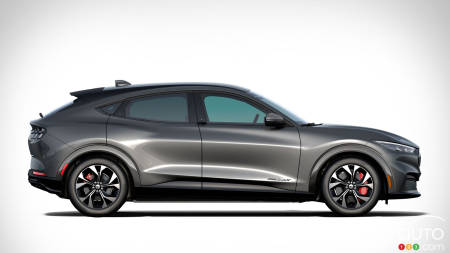 Instead of allowing customers to make their reservations on the company's website, Ford is obliging them to use popular social platforms. For example, it’s possible to reserve a model on Uncrate, a site that presents itself as a shopping guide for men. On its pages, you can get your hands on all kinds of equipment, apparel and even cars. As of right now, the Mustang Mach-E is one of the items appearing on the site’s main page. The platform claims that there is a "limited number" of models available, so don't expect this to last long.

In addition to the Uncrate angle, Ford will partner with Spotify and other platforms to offer more First Editions through the end of August. This is unusual and unique, but in the context of this 2020 pandemic year, nothing should surprise us anymore. 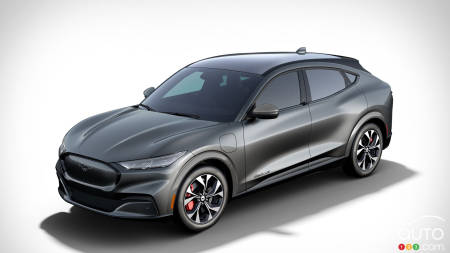 The First Edition versions feature distinct red brake calipers, contrasting stitching inside, "First Edition" skid plates and a brushed aluminum crankset. All models offered at Uncrate will be painted in charcoal grey and covered with a black ActiveX coating. The powertrain configuration has not changed, which means that all First Edition models will offer 346 hp and 428 lb-ft of torque, a combined effort thanks to their dual-engine configuration. Ford estimates the range at 435 km. 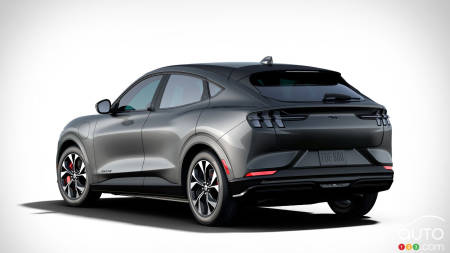 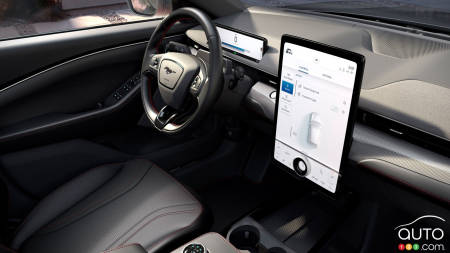 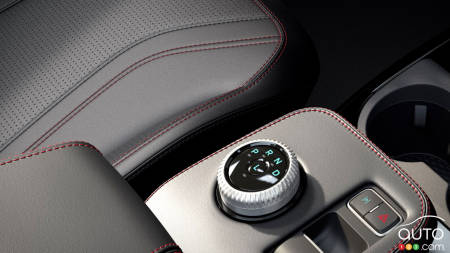 Ford has developed a 1400-hp electric prototype of the Ford Mustang. The long-anticipated battery-powered muscle car does the quarter mile in under 8 seconds...