Ford has announced a recall of close to 1.5 million F-150 pickup trucks in North America due to problem with the transmission that could cause an unexpected downshift into first gear. A loss of control of the vehicle could result.

Vehicles impacted by the recall include 1.48 million F-150 trucks from the 2011 through 2013 model years fitted with 6-speed automatic transmissions.

According to Ford, a faulty signal sent from the transmission speed sensor is behind the problem. The company states that it is aware of five accidents and one injury that are attributable to the problem of a sudden downshift.

Ford will be notifying owners of affected vehicles via letters beginning on March 4. Owners will be asked to bring in their vehicles to their dealership, which will fix the issue by updating the powertrain control software. 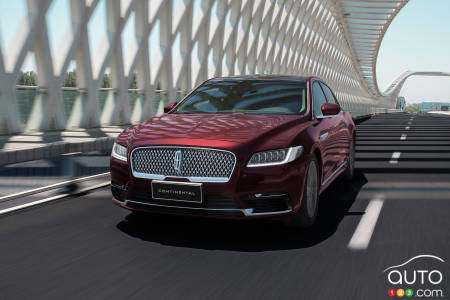 Second recall affects Lincoln Continentals
Ford also announced a recall of 28,200 2017-19 Lincoln Continental vehicles in North America due to a potential issue with the door latches. These might not properly engage if there’s an accumulation of silicon contamination, potentially resulting in the vehicle’s door opening while driving.

In this case, ford says it is not aware of any incidents attributable to the problem. Dealerships will replace the four door-latch assemblies on affected vehicles.

Articles By
Derek Boshouwers
Mini Will Produce a Next-Gen Convertible… in ...
Article
The Ford Explorer Timberline Edition: For Tho...
Article
2022 Kia Carnival Review: Not Your Parents’ M...
Review
More from this author