Honda is recalling more than 1.4 million vehicles as part of several campaigns to fix various issues, notably a driveshaft that could break, window switches that could overheat and a software problem.

Software glitch
The recall over the software issues impacts 737,000 2018-2020 Accord and 2019-2020 Insight models, including 33,150 units in Canada. According to Transport Canada's website, these vehicles are being recalled because “a software problem in the Body Control Module (BCM) could cause different systems and warnings to stop working. This can include: the window defrosting/defogging system, windshield wipers, turn signals and lights, rearview camera display, and power windows.”

If one of the systems stops working, it could increase the risk of fire. Honda will contact the owners and a software update will be performed. 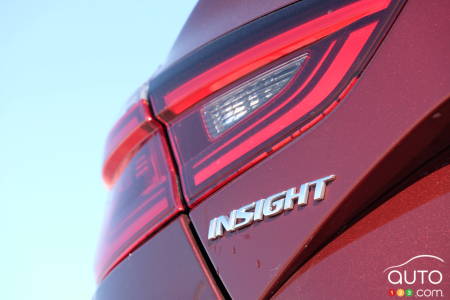 Faulty driveshafts
In the case of driveshafts, there are two recalls affecting 430,000 models, namely 2012 Honda Civic hybrids, 2007-2014 Honda Fits, 2013-2015 Honda Accords and 2013-2015 Acura ILXes. In the U.S., Honda has specified that the affected models are located in 22 states where salt is used on roads in winter. Drive shafts can break due to corrosion.

Dealers will inspect left and right driveshafts and replace them if necessary. The parts are not yet available, but owners will receive an initial notification in February and will be advised later on when they need to visit a dealer.

Information for Canada is not available at this time. We will update this news about this specific issue when the information is made available to us. 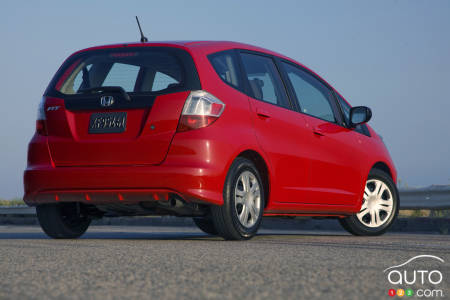 Power windows
Finally, approximately 268,000 CR-Vs from 2002 to 2006 are affected by a recall over power window switches. Water can leak into an open window on the driver's side and cause a short circuit, which has the potential to start a fire. This is the second recall for the same problem. The vehicles were recalled beginning in October 2012, but the repairs did not work. Honda says there have been 16 fires related to this problem, but no injuries.

In this case as well, Honda Canada has been contacted to find out more about the situation here. We will get back to you with the information as soon as we receive it. 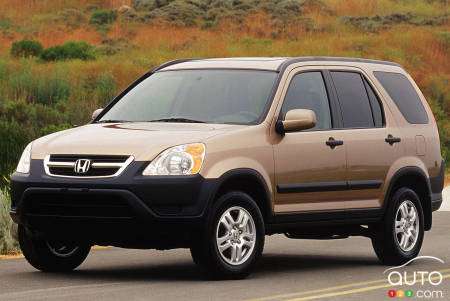